I'm Not Exactly Certain What Kind Of Day I'm Having... 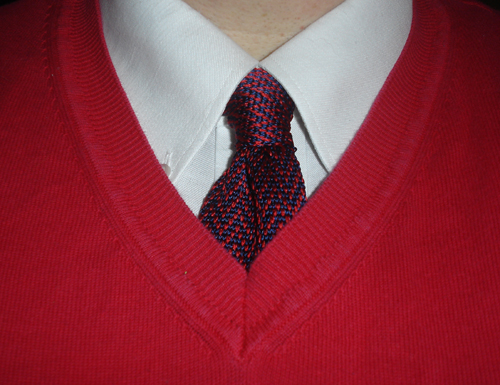 Hmmm... Today is a day I am just getting angry for no real reason... I take that back, most of reason stems from one particular games distributor. Part of me wants to go into detail, but another part of me doesn't want to write a venom-imbued rant of hate. It'll take too long and I've got so much other stuff I could be doing.

On the positive side, the store will be running a couple of radio commercials from the 19th to the 31st. The sales rep sent over the audio files today and they sound pretty damn good. I wrote one and Loq wrote another (which I polished up a bit, but it didn't need much help). I believe mine reads better, but hers comes across better in audio form. Either way, the store is getting more advertising, and I am putting my not-quite-finished Bachelor's degree in Communications to good use.

Later on tonight is DaddyDeathSpank's birthday celebration. Loq and I plan on going to that for a bit. I cannot get too wasted. One, I'll probably be driving. Two, I have a doctor's appointment tomorrow. It's a general check-up sort of thing, but I have a *ton* of little issues I'm going to ask about, not the least of which is this cold/flu/sinus infection thing that I can't seem to shake. Being hung over for that seems like a bad idea according to the semi-official Gopher handbook.

Off to go do some more work... Toodles.