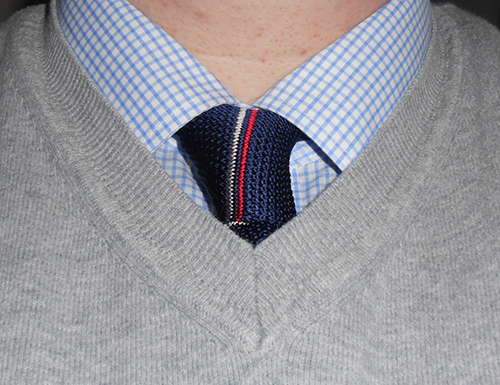 Wow... To say I've had a bad twenty hours or so would be a huge understatement. I'm not going much into it other than that.

I will say that Store Supply Warehouse is both maddening and a champion with their customer service. Earlier today, due to some shenanigans with them, I was seriously considering arson, but they came through in the end. Basically, we had ordered some fixtures for the store just prior to the weekend. They showed up on Monday, a day earlier than expected. On Tuesday, HiSign broke the cases open to find the both of the bases for said fixtures were damaged enough that they could not be used. Called up SSW, they said "no problem", and shipped two more bases to arrive today. This morning, only one base showed up. In a rather hostile mood, I called them back to see what the deal was. The sales rep spoke to me, then to her manager, then came back to me and said "No worries. We'll ship out another base and it will be there later today around 5 or 5:30PM."

I was not surprised by the today part, because I was irate and rather insistent that be the case. I put the phone down, satisfied that things would be taken care of. Less than thirty minutes later, I get a call from SSW saying they found the missing base (U.P.S. damaged it before it even got on their delivery truck, so *THEY* had sent it back) and that my new one would be here tomorrow.

My face scrunched up a bit as I questioned this whole "tomorrow" thing after a representative of their company said a new fixture base would be here later today. The voice at the other end tried to tell me that would be impossible. Really? SSW is in St. Louis. We are in East Central Illinois. It is a four-hour drive. We are open until 11PM. It was Noon. From my perspective, they had an eleven hour window. That didn't seem impossible to me. Said representative insisted it couldn't be done. I disagreed. Vehemently. Asked to be kicked further up the chain. That person said it couldn't happen. I asked for the next level of employee. Got to the shipping manager. He also said that no one they deal with in terms of courier could make this happen. Once again, asked for the next level of management up. A few moments later, the shipping manager comes back on the line saying his boss is busy. My response... "I don't care if you have to send two guys with a U-Haul to bring me what we ordered. Your company said it would be here today. I'm holding you to that statement. (brief pause) Tell you what, put the owner of the company on the phone. I'll explain what has happened thus far and then you can explain to him why he is dealing with an upset customer."

"Let me speak to my traffic manager about this. Maybe we can get someone we don't normally use. I will call you back within the hour."

It was 12:20PM at this point. About fifteen minutes later, I get a call back saying that while my part may not make it by 5:30PM, it would indeed be here today.

The courier rolled up at 4:50PM with an undamaged part.

So, in short, will we use Store Supply Warehouse in the future? Probably. They won't be my first choice, as it took them five bases to get two undamaged ones here in a reasonable time frame, but they ultimately pulled their reputation out of the fire today after having stuck it in the inferno themselves. The fixtures that we got? They look good. When they are all assembled and product is on them, we'll take pictures.