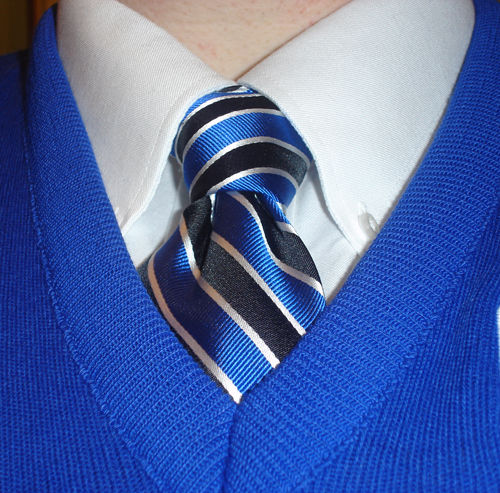 It's time... Time for one of the biggest weekend's in the store's year. Winter War 38.

We do a fair amount of business at this convention each year. It's our fourth year of attending and we (hopefully) have most of the bugs worked out.

As I have posted earlier, I have been attending this convention for a LONG time. My first was Winter War 10, and with the exception of the events held in 1992 and 1993, I have been to every one in some capacity during that time.

This year, however, marks the first where I did not attend in the traditional "gamer uniform" of a black t-shirt, jeans/sweats (holes optional), and sneakers. The image above will freak some people the hell out... ...and I'm looking forward to it.

I plan to get looks, stares, giggles, and what not, but my intent will have been achieved. People will be paying attention to our store. As a business, that attention is invaluable. It creates awareness that you, as a business, exist. Most businesses pay damn good money to have this happen. It's called advertising. Yes, mine is not as far reaching as other traditional avenues, but when people see my advertising, they'll see a clean, friendly, attentive person who looks ready to help them. Plus, since I'm not in gamer uniform any longer, new customers know who to ask when they need help. I don't blend in with the typical game store clientele.

Blending in... it's kind of the enemy of any business. If one taco stand is just like all the other taco stands, and the product is pretty much the same, then the only thing that differentiates said taco stands is location. If someone can get a taco at Bob's Tacos, right next to their house, then why would they ever come to yours?

Game stores are a bit like taco stands. Settlers of Catan is Settlers of Catan no matter which game store you're at. What we, as store owners, have to give customers is reason to come OUR game store. Decent prices and a wide selection of merchandise is only the beginning. Standing out with great service and a professional staff (even if you're the only staff there is) will give folks a reason and impel them to come shop at our "taco stand".

Onward, once more, into the breach...