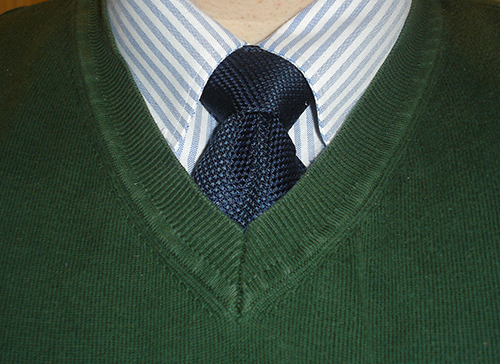 [NOTE: This entry was started on February 8th. Still playing catch up...]

While my series of catch-up entries did not start as Winter War recaps, they slot in nicely as content, so here we continue...

The world of Tai'eres is one I've run before. In fact, the current iteration of DICEBAG was born of needing a system to run this awesome fantasy world in my mind.

Here, the Player Characters were "nameless" adolescents whose time it was to either "hunt or get out". I did not name the characters on purpose, so as to avoid gender bias among players/characters, and to give the players some investment, however minimal, into the characters.

The elders of the village gather PCs together and task them with now pulling their weight. They are to either find food for the village, or at least find something tradable with another village for food. Once these directions are expressed, they are given a proverbial swat on the backside and told to skedaddle in the direction of the Bloodmist Peaks, where a number of pre-"Rain of Shards" (the cataclysmic event that caused the apocalypse) artifacts can still be found.

Our intrepid party heads out into the plains heading for the Bloodmist Peaks. About ten miles out, the encounter two edible (!) creatures. A pair of Spearcats. Think Displacer Beasts with only four legs, a lack of image-shifting, and 2-feet long, pointed bone shards at the end of the tentacles. The fight is on as hungry villagers fight hungry cat-things.

Mighty blows are landed by both sides as a couple of the PCs become heavily wounded, but manage to kill one of the beasts and hurt the other enough to drive it off. Here's where the epic moment of the game comes.

Two of the PC's (the Tank and the Generalist/Leader of the group) decide they would like to eat *REALLY* well that evening. So, in an effort to slow the fleeing beast (who can easily outrun them), the Leader throws his sword at the creature. He barely misses, with the sword landing point first in the ground next to the spearcat. Next, the Tank grabs the Leader and hurls him onto the animal, actually hitting what he is aiming at. A new combat round begins, and it starts out with the Leader grabbing his sword and further wounding (but not killing) the trying-to-flee bag of meat. Next up in the round is the spearcat, who is trying to impale the idiot on top of it...

I (the GM) rolls *REALLY* well on the attack die while the Leader rolls very poorly on his defense. Checking hit location reveals that the cat has scored a head shot. Final damage determination indicates that this shot would have killed any of the characters, save the Tank, if they were fresh and unwounded. So, the leader dies horrible to a bone spear that impaled his skull.

The tracker of the group uses the "opening" that the death of his friend has provided to hurl his javelin and finally kill the spearcat, reasoning that if the guy was still alive, he wouldn't have chanced a throw.

So, laden down with the carcasses of two fresh kills, the party is joined by a straggler from the village (I had 6 characters made, but only five players. So I let the player of the dead Leader take the leftover character.), and begin to make their way back home.

As they approach the village, an odd light appears the sky. A rainbow forms on a clear day, arcing between a point in the Bloodmist Peaks and what looks to be... ...the Village. The PCs race back to the village as quickly as they can manage to find the entirety of it wiped to a person. The lone survivor has been impaled on a pole in the center of town. Protruding from his body are several shards of crystal.

After a small rest, the PCs head for the Bloodmist Peaks. Since we were pressed for time, I excised one of the planned encounters.

Once the party gets to the Peaks, they make some climbing checks, and find an interesting sight. In a shallow in the hills, three bi-pedal crystalline beings are seemingly repairing a larger, crystal structure. In an attempt to get closer, some of the characters try to quietly move through the rocks,but they end up being as stealthy as Paul Bunyun. The creatures react and the fight is on.

As the fight happens, the party is taking it on the chin when the large structure gets bumped in the fight, and resonates with a disturbing, disharmonic sound. Making a few intelligence checks, the PCs realize that if they push the structure out of the light of rainbow, it not only makes the hideous sound, it *REALLY* agitates those they are fighting. One good shove from the party Tank and...

Everything crystalline explodes... The PCs take some shrapnel damage (less than I should have made them take, but it was a great idea), but are pretty much alive enough to keep on existing and make their way in this harsh world...