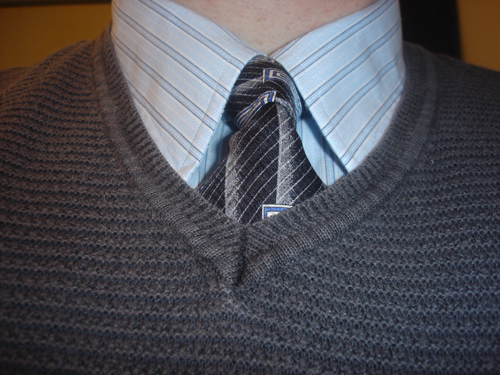 Three weeks in and still going. No word on sweaters yet, and I seem to have lost a recently acquired pair of pants. I have no doubt they'll turn up, but it's still disturbing. Maybe the Underpants Gnomes are expanding their operations? Ehh... who knows.

At the store, we're gearing up for Winter War next week. Right now, all looks to be in order, but we thought that last year. Our slogan for last year's shindig ended up being "Third computer's the charm, right?"

Long story short(-ish)... We go in last year to pack. I hit the switch to turn on our point of sale computer (which was working the night before) and nothing happens. Among the folks helping us is a hardware tech. We crack open the case to find no fewer than a dozen blown capacitors... four of them alone in the power supply circuit. We scramble and find a carbon copy of our machine that supposedly works. We swap out the hard drives and fire it it up... the computer works... except for the video output. Sigh. I jump on the phone to another tech-savvy regular who works in a computer lab. Turns out, he's got a shell he can give us and get working in short order. So I and another person trek to his lab with the parts while my wife directs the move from the store to the convention. He sets us up and we're good to go. We get to the convention, set up, discover we don't have a power cord, get a power cord, make some minor adjustments to the video output, and we're rolling...

It was like a REALLY passive-aggressive version of the Chinese saying "May you live in interesting times".