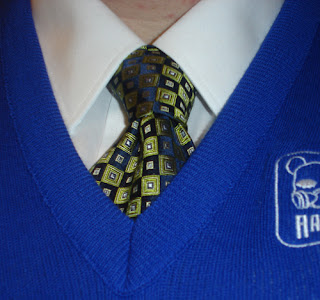 Nothing much is happening at the store today. We have the MtG: Mirrodin Besieged Launch Party going on. It's three round booster draft, so it should be quick. Later we have our GINORMOUS World of Darkness game that is made of around thirty people. They pretty much take over the store when they are there. My beautiful wife plays in it, though, and that means an early day for me.

What will I do with the extra time? Probably come home and give you guys the Monday Music that I owe you for this week and (more than likely, write next week's entry to actually get ahead of the curve. Go me!

Beyond that, that's pretty much it.

P.S. -- The back end of most cuff links SWIVEL to a "pin" position so they are easier to put on. I wish I had known this the first time. Duh.
Posted by GopherDave at 09:48