The usual... took pics... don't have time to post them right now. Will do so when I get home. Right now looking at about a 16-hour day. Go small business owner! =P 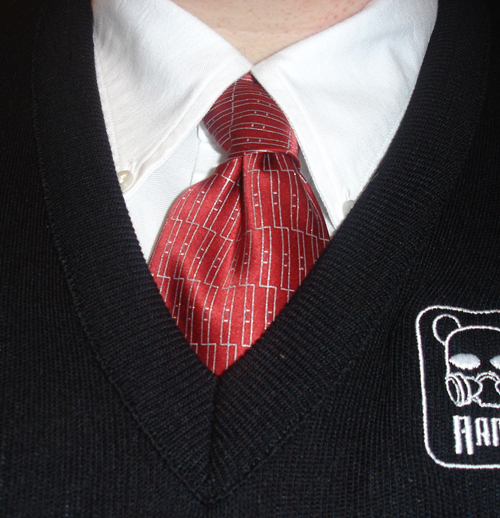 ...turns out I was correct. About a 16-hour day, punctuated by dealing with FedEx to give us product they should have had to us on Thursday and having to call 911 due to one of Gophers having a seizure during Friday Night Magic.

Dealing with FedEx was maddening, but after I got to the fourth level of "delivery hell", things were moved along and we got our product. If you count the time I was waiting for the truck to actually bring us the order, it was a 2.5 hour ordeal punctuated with a happy ending.

Coping with the other situation made me proud of our community. The Gopher that had the seizure is a 15-year old young man who plays Friday Night Magic with us on a regular basis. He's had some health issues recently, so he's been gone a bit. The last two weeks are really the first time he's been back in a while. Things were proceeding nicely with the two FNM events when another Gopher shouts "call 911". Our son quickly hands the phone to me and I dial digits. While I'm talking to dispatch, the other Gophers have cleared tables away from the area, laid him down on some coats, and were talking him through and trying to make him as comfortable as possible as he rode this out. Overall, everyone was on the ball, and this made things smoother. The ambulance came and took him and his older brother to the hospital, where their parents were already en route.

Later, the remaining Gophers took a store bag and folks signed it with a "get well" message. Then they took up a collection and bought our ailing Gopher some MtG: Mirrodin Besieged packs, while we threw in a free Fat Pack from the store. We realize that a batch of game cards won't cure what's going on with him, but hopefully they'll lift his spirits and cement in his mind that he's one of us... ...a Gopher...

...and Gophers take care of our own.