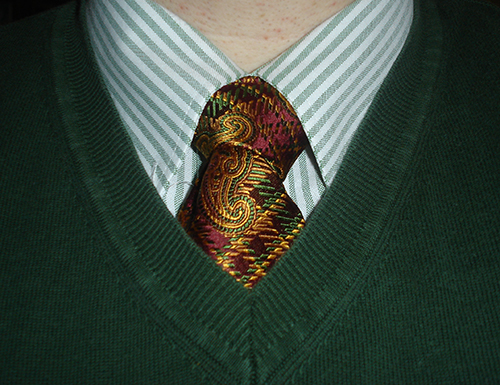 [NOTE: This post is actually written on the day it was started. Gotcha...]

I had a talk with the head honcho of Winter War, the local gaming convention. It, like it has every year for the passed few years, is happening on the same weekend as the next big MtG Pre-Release event. While there are a few details to work out and what not, it looks like we'll be doing our Pre-release events at the convention. That's the good news. The bad news is that it will be one of those Friday night/Saturday morning after Midnight events that always leave me exhausted to some level.

That does make one loose end less loose, though, and that's a good thing. As for other Winter War occurrences (read: the games I am supposed to run), practically no progress has been made on them in the last 30-45 days. I have no idea why. I know what I need to do, I just have to do it. I know the loose ends that need to either be shorn off or brought together. The target is in my sights, but I haven't pulled the proverbial trigger. Why?

Mostly, I tend not to work on game stuff unless I feel some modicum of pressure. I'm not feeling the pressure yet, even though I only have around 50 days left to complete a serious amount of work. It is mounting, though, and I am almost to the point of clearing out some space/time, tying one on, and busting out some work...

Hmmmmm... Tying one on while wearing a tie in order to tie up some loose ends...