I'm not dead. Just haven't been blogging that much for a few reasons. Chief among those, blogging is typically part of my "getting ready for work routine". As the temperature in the Midwest has been in-FRICKIN-sane lately in terms of warmth, the sweater vest and the tie have stayed home. I expect to get back to the "uniform" when the temps consistantly drop below 92 degrees Farenheit, but at this point I'm not seeing that yet.

Working out has been more miss than hit this week, though Loq and I did manage to pull ourselves out of bed this morning. At this point, I am hovering at a shade over 301.5 pounds. Which means I've lost four pounds or so over the las two weeks. It's a small step, but it's in the correct direction, so I'll take it.

On another note, the daughter and I went to go see Abraham Lincoln, Vampire Hunter a couple of days ago, in 3-D no less. It wasn't bad. It's worth a rental/Neflix fee, but if I had it to do over again, I'd have preferred to pay far less for it than I did. Still, it was quality time with the daughter, and that's never a bad thing, especially since she's going on sixteen and won't be "so little" anymore. Sadness.

The game writing proceeds apace. I have the general intro section to tighten up and the skills section to expand, then it should be ready for its current unveiling. The intro section has never been written before, so that is coming slowly out of me from scratch. Given what is currently there, I already know it'll need revising, but it is servicable. The skills section is getting a rewrite to account for the change in how skills work from before, plus I've never included definitions/play use decriptions before in this rulebook, so that will be added. The definition/decription section is probably going to be ripped out of one of my previous attempts at a game system, just revised to fit the DICEBAG mechanics. It's less work than it seems like, believe me. 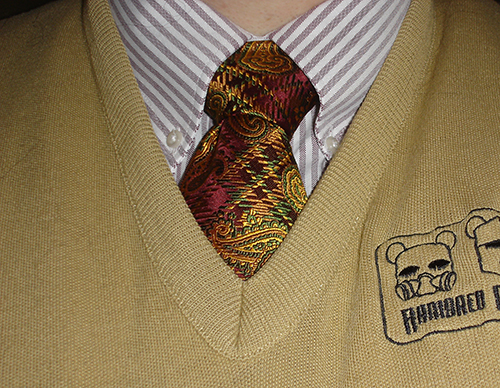 Not much happened today. Nor did much happen on my day off yeasterday. I'll be honest, ten years ago what I accomplished yesterday would have been considered a full day in my book at the time. I went and worked out and I did orders at the store. Then, I fought my body all day to stay awake and did not do much else.

Now... I feel I could have done so much more yesterday and today than I did and have. Three years of working 70+ hour weeks running the store mostly by myself has really shown me what I can truly accomplish in a typical day. Currently, with the hiring of employees and the lessening of my hours there, it's like I have forgotten how to relax and enjoy life. It's kind of sad, really.

I did get a slice of real life back tonight, though. I took my two favorite ladies (Loquacious and Pumpkin) out for a scoop of custard. Yes, it was no good for the diet, but it was a fantastic summer night with beautiful weather, and it felt good just hanging out in front of the custard place enjoying the town and the moment in time. It was a good vibe.

Maybe, I can find another one soon...