Holding It Together (With Help) Until I Can Crash Land... 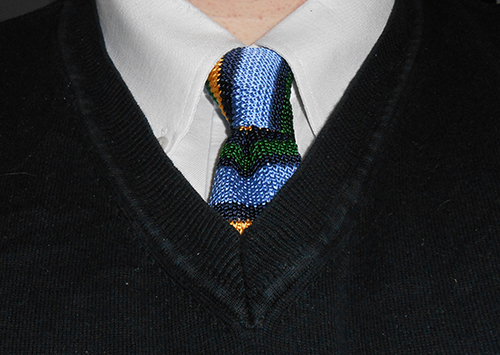 There seems to be very in the way of an end in sight. Last night I went to bed early only to have my mind conjure up a bevy of old-school alarm clock sounds each time I placed my one good ear to the pillow. This is the second time in about two weeks that my brain has done this to me. The first time, my mind serenaded me with a cacophony of car horns. Either way, it made sleeping problematic.

Said lack of sleep has done *NOTHING GOOD* for my current mental state. I was in dire enough straits that Skribl came with me to help open the store and ease things until HiSign showed up a couple of hours later. Right now, HiSign has the counter while I'm tucked away in the back typing this. It will begin to get busy here in a couple of hours for Friday Night Magic, and I will need to be out there for that.

Saturday morning I will be opening for Skribl as he wants to play in the 40K Tourney we're having tomorrow. I don't mind so much, though it will mean that I will have gotten very little sleep once again. Later, I shall be playing Xia Ling-Xian, my crazy, racist, Asian bastard in Shady's Terracide game. It'll be much like last session as I will have gotten very little sleep to make this happen.

Overall, I need to make the merry-go-round stop long enough for me to get back on track mentally and get a better handle on what needs to be accomplished to make the store run better and *NOT* be the headache and stress inducer it's been lately.

Settling In And Cracking Up... 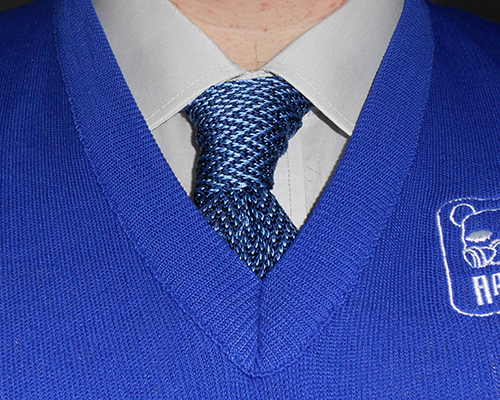 Okay... we've been here more than a month, and things still aren't as settled as I like. In that time, HiSign got a job elsewhere for twice what we were paying him *AND* benefits. He still works for us, but we are now working his schedule around his other job. It's totally understandable. He got a really *GOOD* job. That said, it means we are losing manpower at a time where we should be adding it, and we need to add it.

The new store is just too big for one person to cover well when it's busy. There is a lot of work that needs to be done, but we are slowly falling behind as business increases. I now have an office where I can do some of the behind-the-scenes work, but I frequently find myself on the floor helping customers due to the slow increase in business combined with the size of the store.

Am I regretting the move to a larger location? No, not really. The business was at a point where it *NEEDED* to grow as it had reached the maximum potential of the old spot. It's just taking me longer to adjust my mental paradigm to the new space and its requirements. I will not lie. The situation is causing me a great deal of stress, and my main mode of stress release (gaming) is something that I've hardly had the time to do as of late.

Perhaps the business has outgrown me and what I can do for it. That's definitely something to think about, but I'm almost afraid it will cause me more stress to do so.

Oyyy, vey... I think I'm going to do more work. It needs to be done and perhaps it will take my mind off of this...

The Lure of New Games... 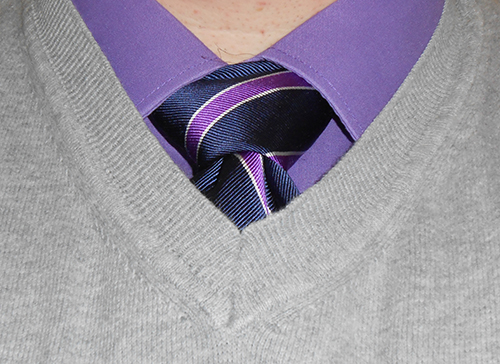 Things are just slowing down at the store me now around 7:30PM...

I got a late enough start today that I missed the first pass of the UPS driver to drop off shipments this morning. He did leave a note saying he would be back later, and that worked for me at the time. Should have known that would kick me in the back side. The early part of the day was almost mausoleum dead. INCREDIBLY DEAD...

Then the shipment showed up around 2:30PM. I had no sooner unpacked things from boxes when it seemed like everyone and their mother came in to look around, browse, and buy things. Good problem for a merchant to have, but it stayed that way for the next four hours or so. Skribl came in at 5PM, so that helped give me some coverage and allowed me to get things into the system. I am just now starting to relax...

One of the new things that came in was the Exemplar Bastion Sensechal for Warmachine. Even though I have no time to play currently, I loves me some WarmaHordes, and especially dig my churchies from the Protectorate of Menoth. The figure is a metal model, and like most things Privateer Press in the way of models, comes in about five more pieces than necessary. The mold lines are good, though the piece comes with a LOT of flash to scrape off. Ability-wise... It's a pretty standard Bastion, with the addition of Jack Marshall, Defensive Strike, Iron Wall, and a small ability called Leadership. It seems that friendly Bastions that begin an activation within this model's command range heal one point of damage. With a CMD of 10, that's no small feat. Overall, this figure has got me eyeing my half-finished Bastions thinking of all the fun I could have with them...

Slogging Without A Path... 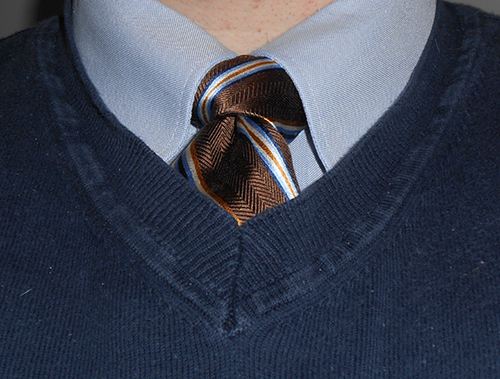 Things are moving along here in the store, with sales being steady and what not. In general, today I handled things being just me for the early part just fine, but it would have been *REALLY NICE* to have had a second person for a couple of spurts of traffic we did get.

Trying to get various permits in place still... We had an electrician who *IS* licensed by the city come out and look at the work the previous guy did. He proclaimed it all good, but for the life of us, neither he nor I know exactly what the city wants us to do. Multiple calls into the city building inspectors gave us nothing except hits on voice mail. *le sigh*

I'm getting the urge to run another RPG game again. I just don't know when the time is going to happen. As it goes, I have a Deadlands: Reloaded game I'd love to restart, but the primary players in it have to stop having  health issues and such. NOTE: I'm being *ENTIRELY* facetious here. I, more than anyone, understand how health can affect gaming.

As for what else I would run, I'm toying with a couple of campaign concepts. One is a straight superheroes game where roles/archetypes would be more strictly enforced than I've done in the past, but it would *not* use my standard go-to world background I've been adding to for decades. The other concept is a "classic" cyberpunk/X-files hybrid. Think Shadowrun with the magic replaced by alien tech and monsters that go bump in the night. I'd like to use DICEBAG for either game, but then I would have to actually *WRITE* powers and/or cybertech mechanics to work with those rules, and where the spare time for *THAT* is coming form, I have exactly *ZERO* idea.

Ehhh... I'll toss stuff around for a bit longer. See if I can get any sort of spare time to make this a reality... 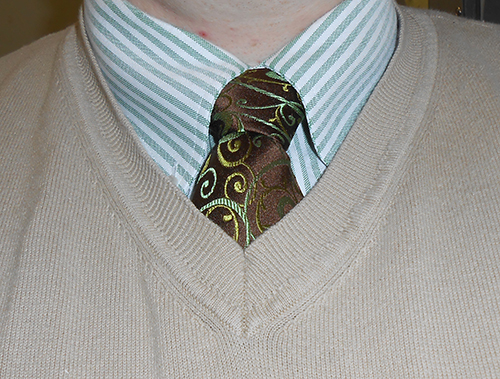 If you buy an item to replace an item with a missing part, that part shall reveal itself in a relatively short order of time. I'm pretty certain this is to be case in point, today I bought a new (cheap) digital camera to use for blog pictures since I cannot find the charge cable for the one I had been using. Thus, when I go home tonight, the cable will miraculously reveal itself after being missing for the better part of two months.

That all said, I have a new camera. =P

We finally had the city inspectors out today, and it was far less of a hassle than I thought it would be. The two things we have to correct are moving a refrigerator to grant three feet of access space to our electrical breakers, and having the electrical work we had done inspected by an electrician that is licensed by the city to actually do the work. Never mind that the guy we had do the original work is union, a (very distant) relative, and been doing electrical work in the area for close to ten years. Nope, since he does not hold a license with A PARTICULAR CITY WHICH OUR BUSINESS IS SITUATED, his work is not good enough to pass without inspection by someone else. Oddly, this same municipality wonders why it has long-standing problems attracting businesses to set up shop within its confines. I'm not a politician, but this doesn't seem to be rocket science, folks...

Overall, though, those are minor nitpicks, and easy ones to fix.

Onward, into the hopefully-soon-to-be-regular-once-again breach...

Posted by GopherDave at 15:51 No comments:

Well... I still haven't found the camera charger. I may just have to suck it up and buy a new camera. Nothing fancy. Just something that is made to be just a camera. Not a multi-purpose phone-camera-MP3 player-random gadget. I *LIKE* discrete machines. That's one of the reasons why we have a printer, a scanner, and (eventually) a fax machine. Discrete machines tend to do their jobs better than all-in-one units, and if one breaks, I replace it and I am not down the other two functions.

Anyway... we are a month into the new space and I have come to realize something... Be *VERY* careful what you wish for, because you may just get it.

Case in point, with the new store, it's a large enough space that when it gets even moderately busy, we need two people on the floor. Unlike our previous, smaller space, one person cannot manage everything well unless it's really slow. As in, slow enough to actually be worried about lack of sales. That hasn't happened too much yet, but as the Notorious BIG once stated, "Mo' Money, Mo' Problems".

Currently, sales are such that we are doing a fraction more than we were at the old space, but we are placing more work and labor into attaining those sales. That being said, if we can get things and new systems into place, we could actually begin catching up to the curve.

As for upkeep? Yeah, we need to do the floors... badly. Trouble is, our main employee who would do most of the janitorial got a 40-hour a week gig that pays twice what we could with benefits. He still works for us, but it is very much part time and around the schedule of his new job. Don't get me wrong. I have no anger at his taking the new job. Hell, if it had been offered to me (I did not apply), I might have taken it as well. It's that good of a spot in the working world.

That being said, things need to settle down a bit so I can look at them clearly, and not through a lens of chaos. We will figure it all out, it's just going to take time, a bit money, and a *LOT* of work...