Head-On With Life, Business, and Everything Else... 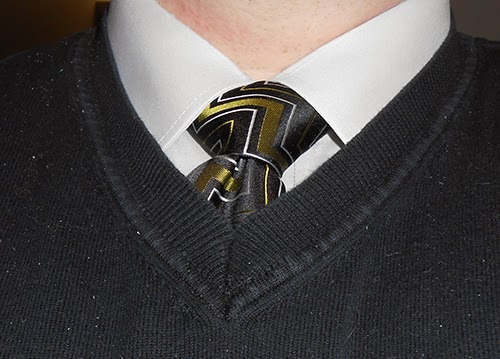 Well... that month hit us like a runaway truck... In the last few weekends, I've been a touch busy...

Jan 16th-23rd: Finalized our employee back-up for the local gaming convention (Winter War 41). discovered that the Loquacious one not only has most of the things covered, she actually wants me to run games at the convention this year. Something about keeping me out of her hair and what not. However, at the time we figured out this could happen, there is literally one week before the convention. No sweat. I submit three events and bang them out in roughly four days time. There's no pressure like self-applied high pressure.

Jan 24th-26th: Winter War happens. I help load up the store, run the booth as much as Lo allows me, run three events (all went well), and help pack up and move things back to the store.

Feb 1st-2nd: Pre-release weekend for the new Magic: the Gathering set, Born of the Gods. All goes well, and, as usual, I get far less sleep than I should. Good weekend, but tiring.

Feb 7th-8th: Release weekend for MtG: Born of the Gods. Also run much much neglected Champions game after the events on Saturday.

Feb 14th & 16th:  The evening of the 14th is spent playing prototype board games for a local design competition (CUDO Plays) for which we are one of many sponsors. The day of the 16th is spent at the culminating event for said competition. Played more games. Presented an award. Then came to close the store.

In between all of these days, business, like rust, has never slept, and has kept rolling along, requiring me to keep up.

Since it had been more than a month, I figured I'd update folks with how things are going. Overall, it's been good. Sales have begun to bounce back from the 30% kick-in-the-nuts they took back during October and November of 2013. We've managed to rehire some folks, though at reduced hours from before. While we are recovering, we are not where we once were, and may not be for some time. That's okay, though. It taught me a nice business lesson and made me realize I shouldn't have been taking certain things for granted.

Now, if I can carve some time out, I need to work on my Tai'eres campaign that hasn't run in more than a month *AND* get back to a question one of the players in my Champions game posited to me about a week ago or so...