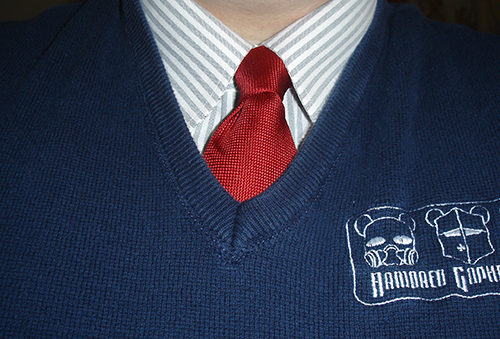 VERY late start at Casa Gopher thanks to Loquacious pretty much demanding I stay in and catch up on sleep. Thanks, Beautiful! I appreciate it. 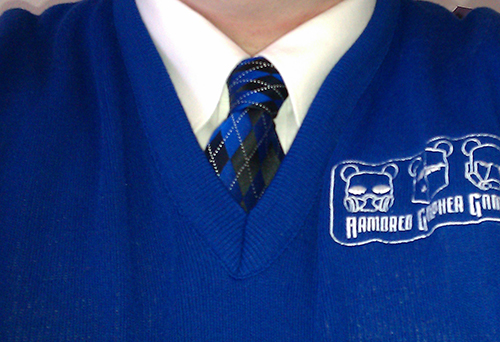 It's Friday so it's Friday Night Magic time at the store, but that's not what's on my mind right now.
No, what's on my mind is the fact that our daughter just had her 8th grade commencement ceremony/graduation. My Pumpkin is growing up to be a wonderfully sweet, beautiful young lady. As a father, it scares me. I will have to beat boys off with sticks (or worse) as she gets older.
As much as I like to think that I am, I'm not ready for this. She starts high school next year while the boy will be finishing it. Between that and my constantly cracking bones, I am reminded of just how old I really am.
Sigh...
-- GopherDave ﻿
Posted by GopherDave at 14:10 1 comment: 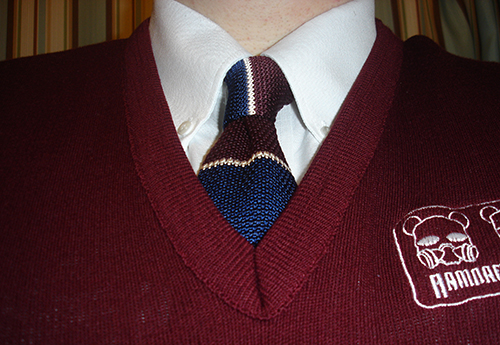 Okay... something about Blogger is not liking the home machine. It's still giving me the whole "server rejected" thing when I try to upload pictures. I know how to fix it, but I think Blogger/Google has changed some things around a bit since up until a couple of days ago, I had ZERO problems with it all.

Tonight, on the agenda, we have a Pathfinder game, we have an Emperor MtG group and we have my Deathwatch game that has nor run in four weeks. Overall, a good slate. After the store closes, the family and I might go to see X-Men, but I haven't decided yet.

On the Tai'eres front, I discovered that Windows 7 DOES NOT like Campaign Cartographer 2 Pro, so I cannot look at any of my old maps for the world. I did, however, finds some print outs from those days in my archive of notes, so I can recreate the maps in Adobe Illustrator. Work on the setting proceeds slowly as I reconstruct things from old files, notes, printouts, and memory. As I am cementing bits about the setting down, things about how the game system works and what it should contain are also coming into sharper focus.

I feel so good about things right now that I believe I'll leave you with a bit of rules text that I wrote back in the day involving fire and how damaging it can be. I understand that it will mean little outside the context of the rules, but I like it...

Fire is a wonderful thing. It was one of man’s first tools and we still use ideas derived from it to this very day, namely the cooking of food and keeping warm in the cold. Yep, good stuff that fire.

Being *ON* fire is... not recommended.

Of special note, the addition of an accelerant (such as alcohol or gasoline) increases the initial ignition and spread chances from 1 in 6 to 2 in 6, plus increases the ignition/spread increment from 1 to 2, thus guaranteeing that a character with a body part soaked in alcohol WILL catch fire in no more than three turns.

Each turn the character is exposed to fire he suffers 1d4 damage, applied to whichever body part happens to have the flame applied to it. This damage increases by 1d4 per turn, up to a maximum of 5d4 worth of damage a turn. Like all other damage dice, these dice ARE open-ended.

EXAMPLE: Bob the fighter isn’t especially bright. On a dare from his friends, Bob has decided that placing his right foot in a campfire is a good idea. Silly Bob.

On the first round, Bob’s right foot suffers 1d4 points of damage, and has a 1 in 6 chance of catching fire. Bob is wearing Hard Leather Boots which add three to his natural Toughness of two, giving his right foot 5 points of fire protection. The GM rolls a 3 on the 1d4 and Bob scoffs at the heat. The GM then checks for ignition, rolling 1d6. This die comes up a one, so Bob’s right foot will remain on fire whenever he decides to remove it from the campfire.

The next round, Bob’s still being dim, so the GM checks for damage. This being the second round of exposure, the GM is now rolling 2d4 for the damage. After the dice are rolled,  4 points of damage are applied to Bob’s right foot. With the location modifier applied (x1/2), this damage is reduced to two points. Not bad, but not pleasant, either. Also, since Bob’s right foot is now on fire, the GM must check for spread. This being the first round for that, the spread chance is only 1 in 6. The die rolls and Bob’s unlucky again. The fire has crept up to his right leg.

On round three, things get hairy. Bob’s right foot suffers 3d4 points worth of fire damage while his right leg suffers 1d4 points. Bob’s finally figured out that this is not a good thing and runs screaming to a horse trough to dive in and put out the flames. 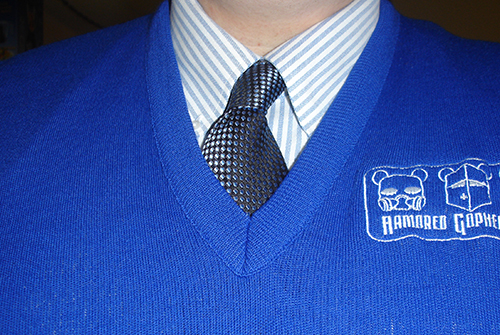 Hey there... it's shipment day and I'm running late. However, today I'm running late (mostly) of my own accord. The weather has been nasty this morning and the storms have been freaking out the dog. So I stayed home as much as could to help keep him calm.

Beyond that, I'm about to head for the store. I will be heinously behind on things, but I don't think I'll mind. I need to cease being so stressed out over little things and maybe I am **FINALLY** starting to realize that in my old age. 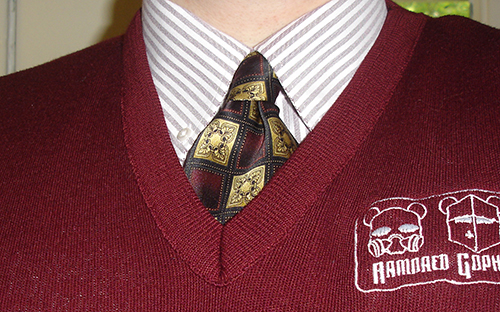 Wow... that took forever. Anyone else been getting "server rejected" messages when they have tried to upload pics today? I just had to sign out, back out of Internet Explorer, restart IE, re-sign in to Blogger to get a picture to load. I've never had that issue before. Hmmm...

This is already on top of a semi-crappy day when I woke up to take the wife to work. Got in the car... drove half a block to the corner... turn the corner... hear "fwap-fwap-fwap". Yep... flat tire. So, I'm running late, but today is not from oversleeping. $200 and ninety minutes later from towing and tire replacement and I'm back on the road. Now, before anyone asks...


Luckily, I have money, and the desire to provide some other, more mechanically-inclined folks some job security. Go me.

Now I'm off to the store to catch up on things there. A big shout out to the lovely Loquacious for her help in all this today. =)

Beyond that, I'll blog at ya later...

Posted by GopherDave at 13:11 No comments: 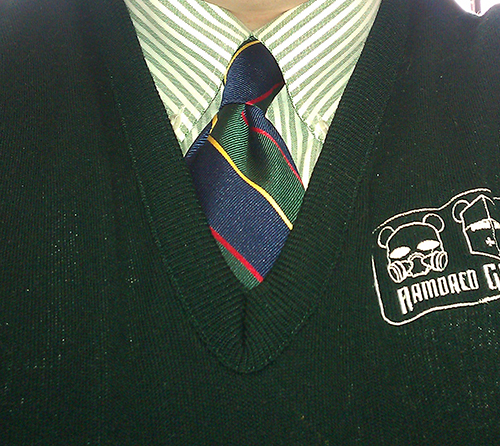 Had a fun Monday today as I spent the morning with the lovely Loquacious. We had breakfast and did a bit of shopping before we hit the store. Since it's Monday, she's overseeing the 40K yahoos while feed the kids "tacos" from Taco Bell. It was cheap, easy, but not overly quick. If fed us though, and that's what mattered.

As the night goes on, I'm going to transfer the bulk of my gaming files to my laptop so I can have a central spot for it all. Tai'eres is still tugging in my mind, and I don't think it will go away until I revisit it at least one more time. Here's hoping I can get some older notes and newer thoughts in order. 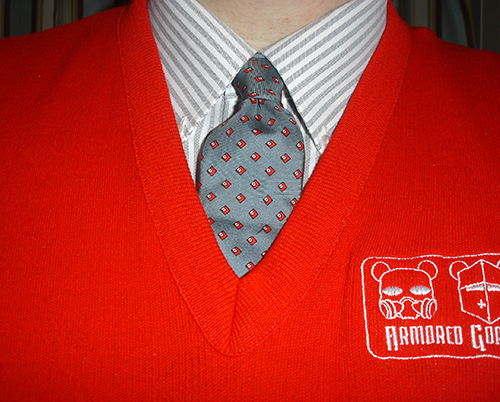 Hey there... It's another Sunday at Armored Gopher Games. Today, we have Deadlands: Hell on Earth, Rogue Trader, and Monsterpocalypse going on. Tonight, we have board games and my Chicago Champions game (which I have not prepared for, as usual).

In between all that will be sales, conversation, and laughter, so it should be a good day...