Fallen, But Not Forgotten


On Wednesday, November 2nd, the metal band, GWAR, played a show in Minneapolis, Minnesota. After the show, band member Cory Smoot (a.k.a., Flattus Maximus) eventually crawled into his bunk on the band's tour bus and went to sleep. When the band went to cross into Canada for a show the next day, they went to roust Smoot so he could do the obligatory showing of passports and identification in order to get into the country. They quickly found that Cory would never wake up again.

What's the difference here. Well... all of the other musicians that I named we're fairly famous and known. Cory? Well, until a few days ago, Cory was just another guitar player in a long list of musicians who have donned the guise of Flattus Maximus. This is not to take away from Cory's talent as a guitarist and producer. As I listen to the last four Gwar albums (War Party, Beyond Hell, Lust In Space, and Bloody Pit of Horror), it's obvious that Cory could play, and play well. He was also the longest lasting Flattus that had every existed in the band, and that's saying something. Now that he's passed, most of the mainstream media is reporting Cory's passing as another tragic "rock'n'roll death", which does Cory, and the band he dedicated eight-plus years of his life and talent to, an incredible disservice, because that's ALL that they said.

A number of people dismiss a band like Gwar as all show and no music, which could not be further from the truth. I've seen the band live twice. They can flat-out play, and they can do it while wearing 35 to 80 pounds of costume under hot lights. That no only takes an incredible amount of endurance, but it takes a dedication to craft and art that very few bands show these days. No, songs like "Tick-Tits", "Bring Back the Bomb", "Eighth Lock", or "Metal Metal Land" will not win any real awards, nor should they. However, among songs like those hide gems of satire such as "I Love the Pigs", "Krosstika", "Let Us Slay", and "Hail, Genocide!", that made societal targets of corrupt police, organized religion, pointless wars, and the old men that send the young men (and women) to fight them. Gwar uses the gross-out songs to get your attention in hopes you'll listen long enough to actually listen to what they are REALLY trying to bring to your attention...

Cory Smoot added greatly to that artistic legacy. His fluid, shredding lead guitar lines within songs helped draw more people in to hear the real message. Cory Smoot will most definitely be missed...

The rest of Gwar have announced that they will be retiring the Flattus Maximus character from here on out. That doesn't happen every day from them. Five other people have donned the Flattus Maximus guise prior to Cory Smoot. Three others have worn the the armor of bassist Beefcake the Mighty prior to the current one. People come and go in this group. The stable roles of the band make the transitions easier for the fans to handle. With the retirement of the character, the band is saying that this transition will not be easy for them. The absence of Flattus will also serve as a reminder to all of us that flesh-and-blood humans play these characters on stage for our amusement, entertainment, and education, and now one of those PEOPLE is tragically gone...

Rest In Peace... father, husband, son, songwriter, producer, guitarist, and Antarctican monster from another planet... The show will go on without you, but stage-left with Gwar will never be the same, Cory... 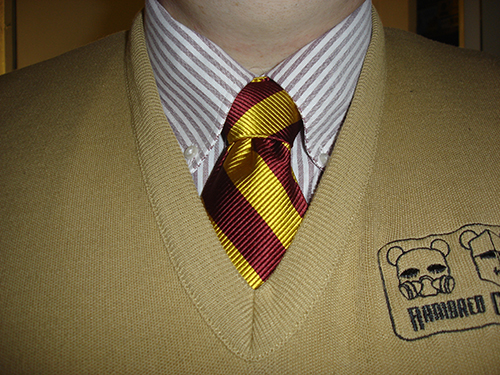 I once mentioned that morning comes too early... ugh...

Still, I'm up and running. Not much is going on today at the store except the huge World of Darkness game tonight. Beyond that, it's a pretty open day. I'm looking to catch up on some work, and put a bug in someone's ear about a possible spot for the move. Before folks start asking questions, though, it's just that. A bug... a tiny nugget of inference in order to get a conversation started. Until that happens, I don't know much more than you do.

We also find out that the avenue that we thought closed, but apparently was at least slightly open still, is indeed closed. Even if it opens back up, we're done. Loq and I have the future of our store to plan for, and our proverbial road map can't be filled with "maybes" and "what-ifs". Time to move on.

With tonight being Loq's night at the store. I'm coming home and doing laundry. Exciting, yes, I know, but a night at home doing mundane things keeps me grounded and appreciative of what I do have in my life... =) 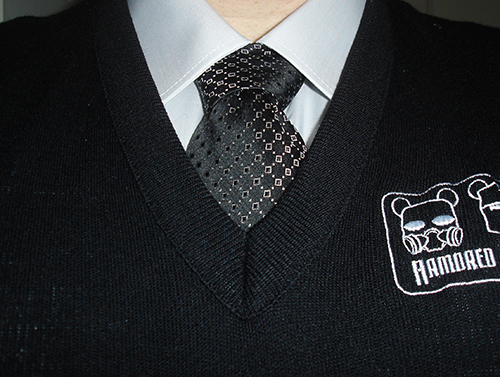 Hey there... It's Friday, so that means Friday Night Magic. It should be good, as usual. On other fronts...

I think I have what the girl has pretty much recovered from. If so, the only thing I can say is that this sucks, and while I know that I'll get over it in time, that time looks to be no fun.

The sickness made the game last night pretty much a non-starter. I was not on my game and it showed. Even as a player, I think I managed to drag the game down with me. I apologize to my fellow players if that's the case.

I still have game stuff going through my head. I started a design journal for this iteration, only to find one I had started earlier this year that said pretty much everything I was saying currently. With that work already done, I can (hopefully) proceed to think in a forward manner, and not revisit the same stuff in my head repeatedly.

In about an hour, Loq and I are looking at a couple of potential spots for a store move. I don't want to say I'm not expecting much, but I wasn't expecting much out of our current spot, and its served us VERY well over the last few years. Thus, I might be surprised. We'll keep people apprised of what is happening, once we determine a path. Promise. 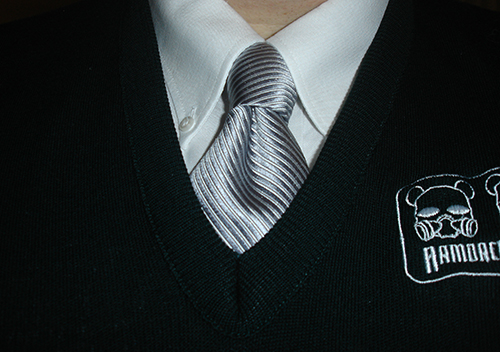 It's Thursday of Superhero week. Tuesday was a bust due to some real-life things happening in KnightErrantJR's life, but that's cool. It happens. Tonight, I get to play my shadowy energy projector/brick, the Dark. He's WAY less cynical than Marathon ever thought to be, despite being a cab driver in Chicago in his "secret" life. Also, somehow, he's being looked at as a leader on this particular group of people. That... was not expected...

Beyond that, Loq and I continue to look for new Gopher holes, but progress is slow as we are trying to coordinate three schedules (mines, hers, and any showing agent that's involved). When we know more, trust me, we'll let you know.

Looking at the time, I realize that I need to go. "Talk" at y'all later... 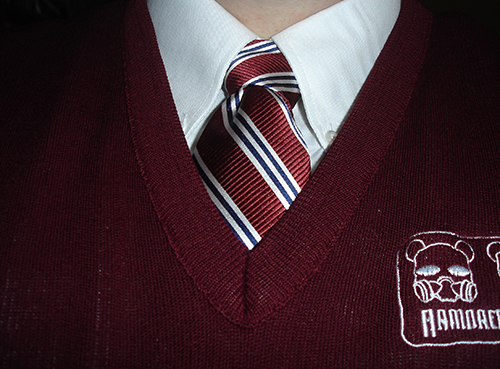 Okay... It's Wednesday, which means shipment day. Tonight, some RPGs go on, but nothing I'm involved in.

If there is a free set of moments, I think I'm about to start writing down ideas for another role-playing game. It'll be a return to one of my homebrews, but I'm still not certain if I want to use its original setting, or take the game rules and throw them into a different background. Ehhh... that's what the writing process is for. To help work conundrums like this out. 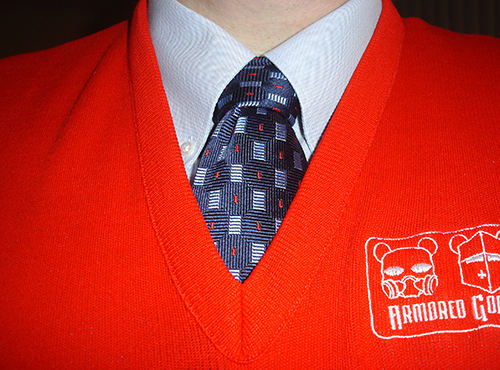 Okay... I'm running behind again, but only because I have a number of things I want to squeeze into the next two hours. I'm trying to get the next round of Gopher Mafia shirts/hoodies ordered, I need a haircut (if I can), we need to get Dr. Pepper for the store, and I'd like to get orders done before we open. Given the time, I doubt I'll get it all accomplished in two hours or so, but I might.

Y'all take care... you need me, you know where to find me. Behind the counter, in my happy place, at the store... from 11AM onward. Until then... look for the chicken in the red sweater vest running around town with his head cut off... =P 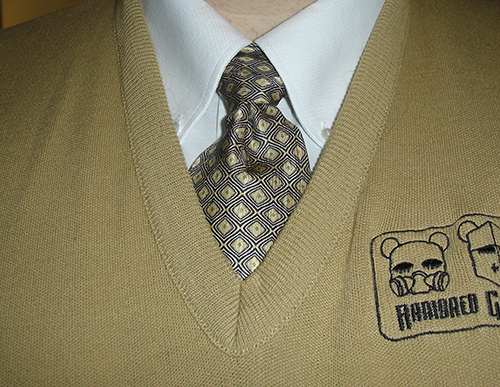 Well, what do you know? It's Monday, and for the third day in a row I am running way beyond fashionably late. It's also Halloween, and my costume is as Game Store Owner.

Being Monday, Loquacious will take the store tonight and I'll get to come home and deal with trick-or-treaters. We'll see how that goes. 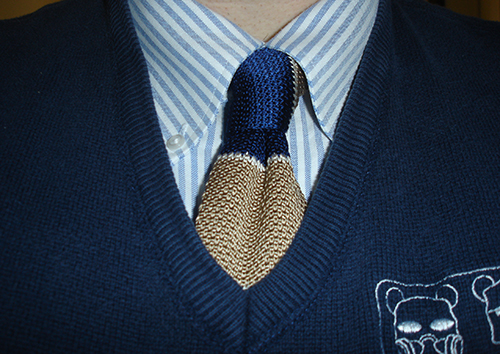 Hey there... this morning is much like yesterday, but with more sleep for me!

Extra sleep come with a price, though, and I am once again rushing out the door. There's some stuff I have to take care of today. Regular stuff like weekly finances and what not, and then an odd assortment of small tasks that have built up on me. Depending on customer flow, I'll get a chunk of it done. Then there are floors to do tonight, so I'll be there late tonight.