I have been going over the various versions of the rules I did for Tai’eres, and have come to the conclusion that I want to revise them and make another attempt at putting together a game. Given my COPIOUS amounts of free time, this will take more than a while.
One of the things I am looking at inserting into this revision are some ideas I’ve had for fear mechanics in a role-playing game.
Most RPG systems have a character make some sort of save or roll when something frightful or horrifying is encountered. If the player makes the roll, then nothing happens, but if the player misses the roll… well… I’ve seen all manner of things happen from the character being forced to run away from the scary thing to the character just dropping dead from a coronary. Now, while some of these results can be amusing, they’ve never really sat well with me as it takes control of the character AWAY from its player, and forces the character to do something that is essentially no fun for the player. A lot of the folks I know play RPGs in order to be heroes, and it’s very difficult to be heroic when a character is fleeing and screaming like a little girl, or just… dead.
Player 1: “Get ‘em, Jim!”
Player 2: (no response)
Yep… fun… NOT!
Now, I’m thinking of a tweak like having the player make the self-same roll as usual. If the player makes the roll then it’s no big deal. Carry on. If they miss the roll, I’m thinking that they should have a “fear penalty” imposed for their character’s actions for the duration of their exposure to the big, scary thing. This penalty could affect skill checks, attack rolls, and/or damage rolls (and possibly other things) while they are in the presence of the big bad.
Now, the PLAYER has a CHOICE; he can either choose to have his character stay and fight despite his current handicap, or he can choose to play it safe and have the character run away, at least far away enough for the character to have a chance to gather his or her wits about them. I like this idea a lot because it places the choice in the player’s lap. It allows the player to continue to be active in things that are happening and have a say in how his character reacts despite the fear and the danger.
If the scared-out-of-his-wits character dies at the hands of the thing that frightened him… well…
…That was the player’s choice. He could have run away…
-- GopherDave
Posted by GopherDave at 22:27 5 comments:


Today is MtG: Mirrodin Besieged Game Day at the store. We have around 17 people signed up already out of the 32 we're taking today. Time will be crunched in that we have our mega-huge World of Darkness crowd coming in starting at 5:30PM.

It'll be chaotic and stressful, but I love my job, and I will have able help from the boy, so things should be good. I wish I had more time, but the store awaits. I should have more posted tonight as I will have an early exit... =) 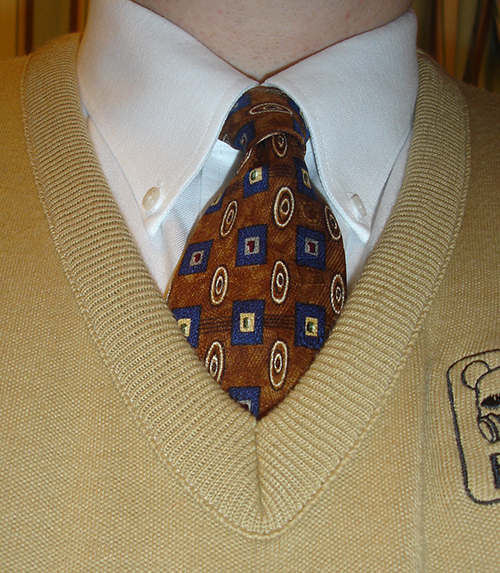 Hey there... Another Friday means another Friday Night Magic at the store. I don't expect the shockingly high numbers we got last week due to a "holiday" that happens with the local university, but I do expect it to be fun. Tomorrow is MtG: Mirrodin Besieged Game Day and I also expect that to be fun, but long.

What I'm looking forward to is tomorrow evening when the beautiful Loquacious comes in and takes over the store. Don't get me wrong. I love what I do. However, I am beginning to appreciate the breaks I do get from the store more and more.

My plans are to work on a couple of Monday Music posts and HOPEFULLY get some Tai'eres content written up and posted. I took a look at one of my earlier posts and realized that what I had written for y'all as a taste of what the world of Tai'eres is like would (with a bit of revision) be a good set-up introduction for the setting/rulebook which is early stages of production. TRANSLATION: I write what I can, when I can, when inspiration hits me. 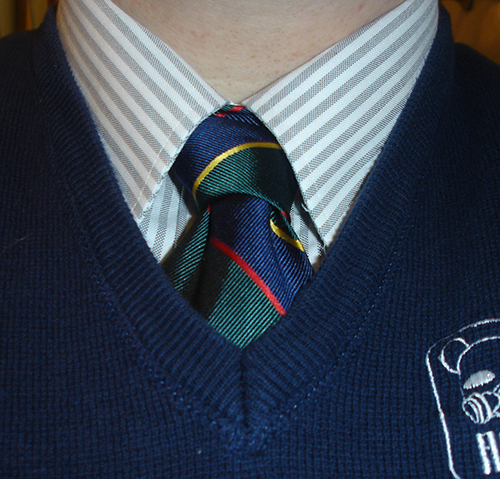 Hey, only three hundred more days to go at this! I do have to admit that the sweater/dress shirt/necktie-thing has pretty much become a habit again (yeah, I've done it before), and it's barely registering in my mind when I get ready in the morning anymore.

On the store front, I have a Deathwatch game to run tonight. I have ideas for it, but no real preparation. I'm almost ready to chuck a game of mine or two just based on time. I have lots of ideas for games, but time to really run them. My Wednesday HS6E/Champions group suffers the most because Wednesday is shipment day and I have no register help in the store on that day. I have been stuck at the counter for upwards of forty-five minutes, which is a good problem to have when you are a business owner, but plays hell when you are trying to run a game and keep things on track. I know my players understand, but it's still not fair to them. 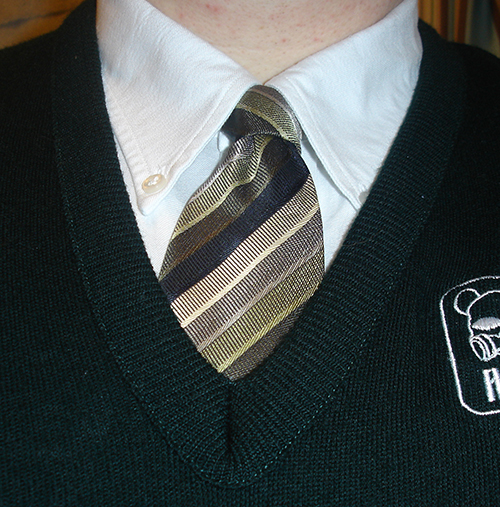 It's Wednesday, and that means an early start for shipment day. I've also got a few other errands to run, so I'll be leaving the house an hour earlier than usual. It'll be a long day, but it should be a relatively quiet one. Though, every time I say something to that effect, I end up much busier than expected. Ehh... who knows?

I think that sometime this week we'll begin ordering the first stages of store improvement. Probably some a new glass case (or two) and some slatwall panels. It'll take a bit for it all to come in, but it's a first step on the path. 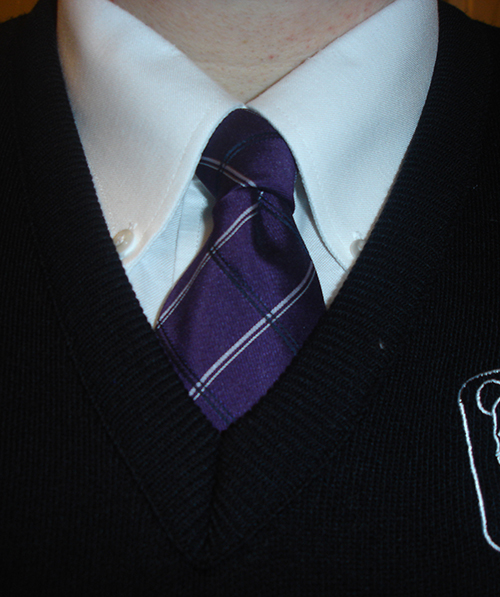 Yet another day... Today's plate is kind of full. A little shopping for the store, a trip to the bank, placing orders, arranging tables, and a few other things.

Gaming-wise, It's seems that the Honolulu campaign has been put on EXTENDED hiatus, so no more playing Jumpshot for a long bit. I need to make a small Space Hulk map for my Deathwatch game this Thursday. I know what I want in it, I just need to make the physical layout.

Business-wise, a couple of major decisions were made on how to proceed with the store improvements. I have some things to order now, and when they get here things will start to happen. How much of what I need to order will be dependant on some measurements which people other than me seem to have. That needs to be rectified. 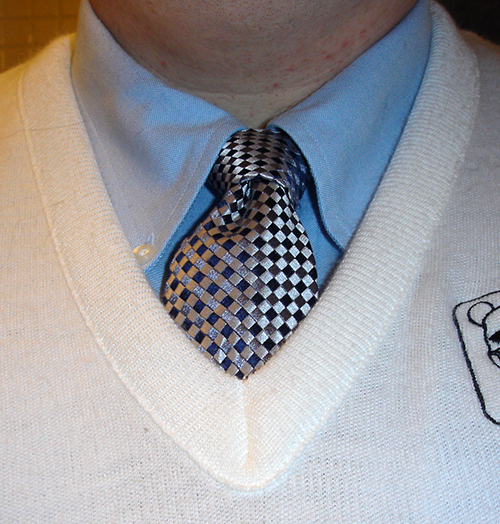 Things roll along... It's Monday, so it's an early day for me, but that doesn't mean it's not a packed one.

Meeting a friend for lunch, then there's a bunch of stuff I need to get done before opening the store. If he's willing to help, we'll be good. If not, I can get a chunk of them done after Lo gets to the store. 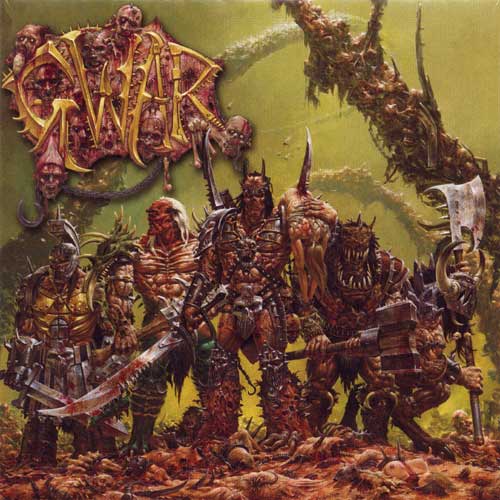 Okay, this is going to be short, simple, and to the point.
One, GWAR has been a guilty pleasure of mine since Scumdogs of the Universe. What can I say? Tuneful, crunchy, and funny adolescent rock appeals to me.
Two, GWAR albums, while they vary in quality, are pretty much like Grateful Dead records. They are reasons for the band to tour. GWAR is first and foremost a band to be experienced live for the over the top spectacle of aural and visual assault happens on stage. Seeing the Scumdogs live is something I implore every fan of metal music to do at least once. Just don’t wear anything you value.
Three, as stated earlier, GWAR albums vary in quality… wildly. There are good ones, like Scumdogs of the Universe and America Must Be Destroyed. There are also very bad ones, like We Kill Everything. This is one of the good ones.
On Violence Has Arrived, GWAR decided to stop screwing around trying to be the Frank Zappa of the shock-/punk-rock, and just get back to their metal roots. It’s a bracing change from the previous few discs. It also gives me the biggest piece of ammunition to use against those that say that GWAR can’t play. If you can find it, go listen to Immortal Corruptor. It’s tight… It’s technical… it’s indicative of what’s on the rest of the record… and it RAWKS!!!
Period. End of statement.
GopherDave Grade: 7.8/10
Track Listing
01. Hell Intro
02. Lust
03. Abyss of Woe
04. Anti-Anti-Christ
05. The Apes of Wrath
06. Immortal Corruptor
07. Beauteous Rot
08. Licksore
09. Bloody Mary
10. Biledriver
11. The Wheel
12. The Song of Words
13. Happy Death-Day
Posted by GopherDave at 01:00 1 comment: 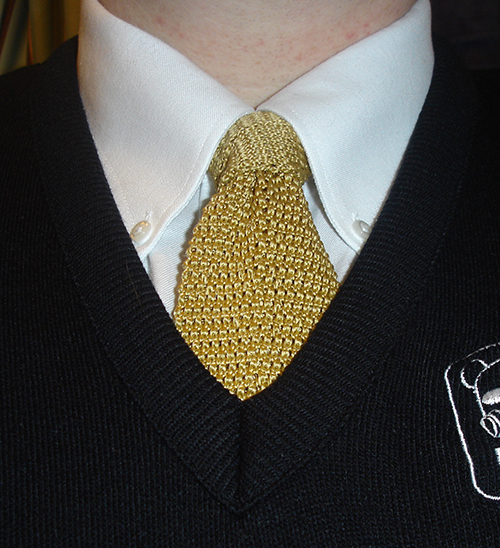 So far, so good... Doing a percentage check of my progress, I am 16.02209% of the way to completing my new year's resolution. I understand that each day doesn't add much to the progress, but it IS progress.

As for the store, I have a few things that require my attention. The first is financials for the week to see where we are standing money-wise. The second is the event calendar for March has to be finished. That will be tricky as there are Saturdays where folks want to do stuff, but I have to leave at least a couple open to progress on the store improvement issue. I love business and its conundrums sometimes...

Game-wise, we have a Rogue Trader campaign and some Monsterpocalypse going on in the afternoon and board games and a new RPG (Jumpers) in the evening. Nothing that really requires my attention.