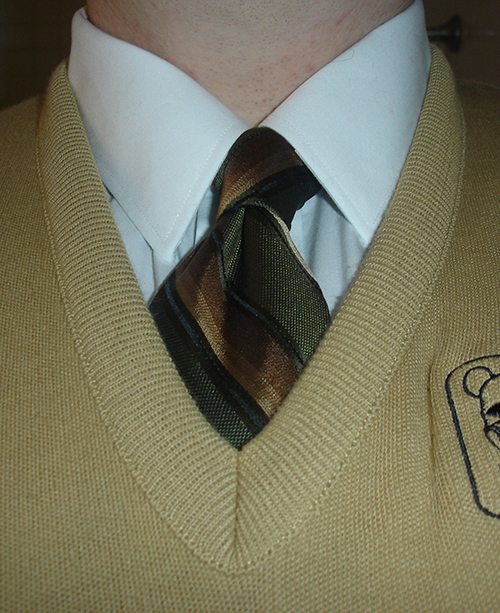 Hey there... Another day, and another day running late. *SIGH*

First off, I would like to wish a very Happy Birthday to my wife, the always lovely Loquacious. I love you, darling, and I always will... =) 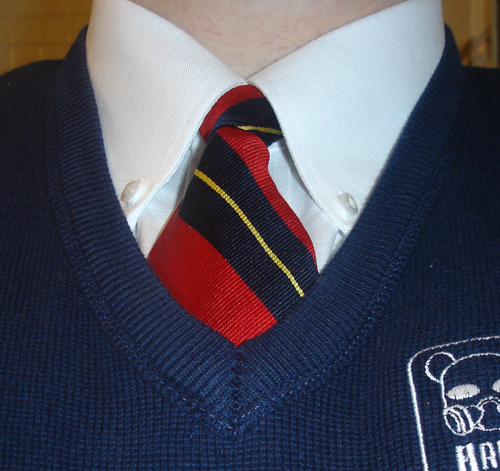 Well, the navy sweaters finally arrived, and wouldn't you know it, these are a touch too big. Now before anyone begins congratulating me on sudden weight loss, there is a reason. When I first ordered the whole batch of sweaters, the embroidery place were out of my first choice in navy blue. We ran with a substitute, which was a different garment by the same manufacturer. When I got the sweaters initially, they (and only the navy sweaters) were too small. The rest were usable. After a bit of wrangling, I substituted and upgraded to these. Now, here's the issue and I should have seen it coming. I already owned a black sweater vest done with the same garment type as what I upgraded to. It's a 2XL and it fits perfectly. However to keep things simple, I stuck with the 3XL sizing that I had ordered originally.

Overall... whatever... It looks good and fits well enough that it doesn't look too disproportionate.

Tonight is Friday Night Magic at the store, so we should have a good crowd. The boy will be there to help me and that'll be appreciated. Beyond that... not much is happening.

These are some of the ideas I am working on for the back of the "Gopher Mafia" hoodies that we're doing for select members of our community...


﻿
Whatever the design happens to be, it's going on the back of a sweatshirt hoodie (pullover or zip-up has yet to be determined). The store name will be down the right sleeve and the logo will either be a small patch (in the same place as the sweaters) in the case of a zip-up hoodie, or it will be a full size front logo (like the t-shirt) if they turn out to be pullovers.

Thoughts? Ideas? Comments? All welcome and encouraged. This is a work in progress, but we are on a bit of a time crunch as one of the Gophers leaves in early March for the military.

Email ThisBlogThis!Share to TwitterShare to FacebookShare to Pinterest
Labels: Clothing 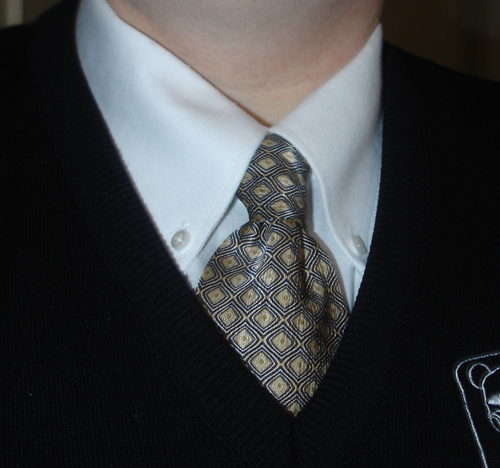 Once again, nothing much is going on here. I keep meaning to write a couple of non-"Day X" entries and keep getting sidetracked by things at the store or the need for sleep. Perhaps tonight I can get some things worked on and thoughts hashed out for the blog.

According to UPS, they have delivered the replacements for the navy sweaters I initially ordered that didn't fit. I'll probably throw one of those on tomorrow as its a "new" color for the rotation and very utilitarian. Now I'm just going over the charges for the shipping the second shipment with them. I understand they want to charge me shipping and why, but if their initial garments had fit in the first place, there would not be a second shipment needed. Basically, how this pans out will determine if I continue doing business with them. To my absolute shock and surprise, the Gopher sweaters have been a big hit and people want some for themselves. So, we will likely have more business for SOMEBODY down this line in the future.

Thinking about it, I'm going to try to work on the "Gopher Mafia" hoodies were having done for some of our friends who have been there for us. If I can get something akin to usable, I'll post it for opinions from the blogosphere. 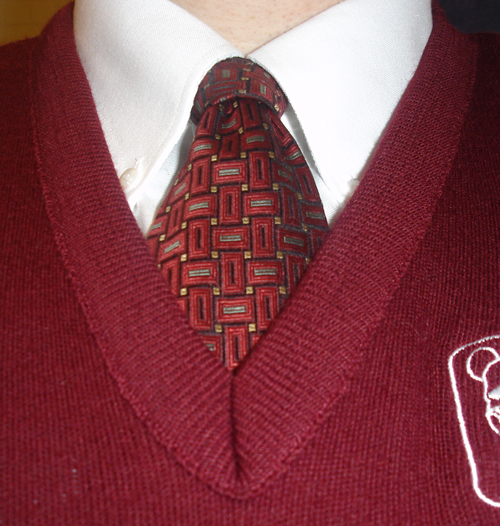 It's shipment day today, and, as usual, I'm running a bit late. I had no desire to wake up as my entire upper body ached, most likely from pointlessly trying to push my wife's car out from a snowbank yesterday. It finally took another car and a tow strap to get the car unstuck. Still... I hurt.

Beyond that, not much is going on. Tonight is one of my two Champions campaigns, but for the life of me I do not remember what's going on as it's been a month since we last met. I also don't remember much of what's going on in my OTHER Champions game, but I do remember what's happening in my Deathwatch campaign. Odd. One of these days, I'll provide a write-up for some game sessions. Don't hold your breath, though, because I stink at taking notes.

We also have Jeff's Fanstasy Hodge Podge game happening as well. From the howls and laughter that regularly emanate from that table, it sound's like a hoot! Always a good sound to hear for a game store owner.

That's it for now... I'm going to try to have more later.


Today is "date day" with the wife! We don't get to spend a lot of time with each other, so when we do, it's always cherished. =)

Then I go to the store and take care of making orders, switching tables, and whatever else to get ready for Casual Magic in the front of the store and an RPG in the back.

All in all, a (hopefully) boring day. After the last couple of weeks, I could use one or two of those... 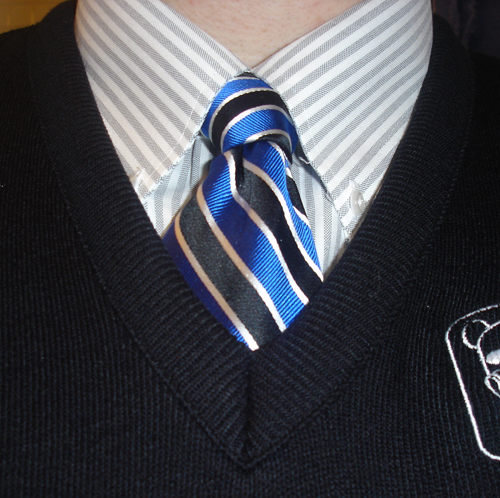 Wow... I made it to the double-digit percentage mark of my goal yesterday without even noticing. Considering that was one of my benchmarks, you'd think that day would have stuck out in my mind. I guess that means the whole "upgraded" Gopher Dave is becoming second nature to... ...GopherDave.

Not much to say today. It's Monday, so that means an early day for me as Lo will come in, take over the store, and play WH40K with her Black Templar. However, we are expecting the trucks that were supposed to be here last Wednesday to come in, so that means I get to play with shipments. I'm running behind on that today, but I'll have enough time to set the store up and do those as well.

Beyond that, that's it. 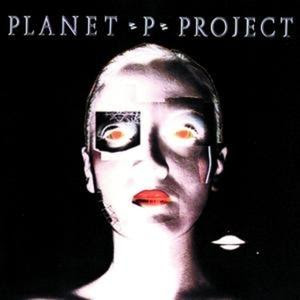 This is a lost nugget of progressive rock from 1983 for fans of bands like Rush, Saga, or King Crimson. Planet P Project, the band and the album is the brainchild of Tony Carey, former keyboard player for Rainbow back in the day. Basically, Mr. Carey composed all of the music, played most of it, and what he couldn’t play, he got some studio guys to do it.
When this record was originally released in 1983, it was just called Planet P. Apparently that infringed with some intellectual property at (Film) Studios and legal action ensued. So, with repackaging, it’s now referred to as its current name, Planet P Project. Also, the album originally only had ten songs; tracks six and twelve were add-ons that you got with the cassette (remember those) version. Tranquility Base and Ruby are alright, but their insertion disturbs the flow of what is a pretty smooth-flowing affair.
All that hoo-hah aside, Planet P Project is a concept record, the concept being that of an astronaut and the alienation that one might go through drifting through the cosmos after discovering that one’s home is gone upon your return trip. The highlight of the album is the main single, “Why Me?”
Beginning with metal and wood chimes, an insistent drum beat kicks in and drives the song much like a rocket engine propels a craft through space.
Sitting up here watching all the lights blink down below
The Earth is turning, why does it go so slow?
Thinking about the girl I left behind…
, can you hear me? Or have I lost my mind?
Why Me? (x2)
I was waiting on the pad, all systems were go
The man up in the tower was enjoying the show
Then I got this feeling that I never had before
Hey, let me out of here. What am I here for?
Why Me? (x2)
There must be a thousand other guys
Must be some other way to look good in your eyes
Why am I up here? What do they see in me?
Must be 1000 other place to be, Why me?
Those stanzas encapsulate the fear of the unknown. It’s that fear that other places and songs in the record touch on, in particular, the lead off song “Static”. Our protagonist is twiddling the knobs of his radio and getting nothing. No human contact of any form… …only his own thoughts echoing in his brain.
You knew the risk. You took the chance.
Now the one you left behind are gone.
Eventually, our crazed space traveler encounters “new people”. Whether these folks are real, or products of his own fevered imagination is left for us to decide, but his dealings with “them” (and one “female”, in particular) round out the record in “Send It In a Letter”, “Adam and Eve”, and “Only You and Me”.
This record works for me on a certain level. It takes some of the more grandiose ideas of most progressive rock music, and shoves them into four-minute pop structures. Call it “popcorn progressive” if you will. Basically, it’s the type of record that you enjoy listening to, and even thinking about, but when it’s done, you scarcely remember it. Until the next time you put it in…
GopherDave Grade: 6.8
Track Listing
01. Static
02. King For a Day
03. I Won’t Wake Up
04. Top of the World
05. Armageddon
06. Tranquility Base
07. Why Me?
08. Power Tools
09. Send It in a Letter
10. Adam and Eve
11. Only You and Me
12. Ruby
Lyrics Copyright © 1983 Rockoko Music (GEMA/). Used without permission, with no infringement intended.
Posted by GopherDave at 01:00 No comments:

With all the pictures I took of Winter War, one of the things I didn't take pictures of was our booth. However, one of our favorite Gophers, KnightErrantJR, did. So we jacked his pics... (with his permission)...

﻿
﻿All in all, it was a good convention for us. We were the largest booth there and brought a wide variety of stuff with us. There was another booth that had a plethora of historical minis, but that is ALL they did. So between us and them, most of the convention attendees were well served.

We would like to send many thanks out to the Gophers who helped us get there and back. Among them were...

...Thank you all. You make this once-a-year event SO MUCH easier to deal with. 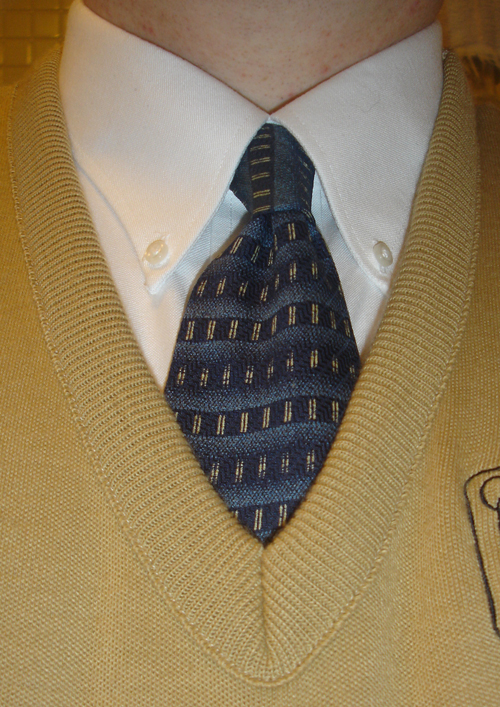 Sunday... Light day at the store with a couple of RPGs that I'm not involved in and board games later tonight.

Later on, I'll do finances for the week and see where we're going to settle out. Then plans can proceed apace with the internal improvements of the place.

Beyond this, not much else. Perhaps more later...