What's That Girl?!? Timmy Fell Down The (Character) Well!?! 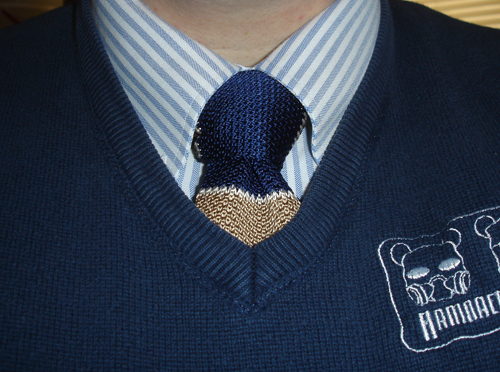 It's Saturday, and things feel odd. I'm not scheduled to go into the store until 4PM. Loquacious and Big Bank have things covered until then, so Skribl and I got to sleep in after being at the store until almost 4AM. Still, it's weird not turning around and doing it all over again a few hours later. I will admit that the sleep was nice. I could get used to this...

Tonight, Shady is running his Terracide/HERO System 6E game. In that game, I play probably the most racist character I have ever played. He's Asian, a bigot, and talks in stereotypical broken English when he's comfortable. When he's not comfortable, the "extreme" Chinese accent begins to disappear and is replaced with smoother, American English verbiage, with an educated tilt, but with a still-present street edge.

Part of me feels that I'm going to Hell whenever I play this character due to his VERY blatant racism. At the same time, I am finding a depth with him that I haven't found since my last two D&D/Pathfinder characters (for those who know, that would be Kes'keth and Gazdok), each of which developed *VERY* deep back stories as the game progressed. Gazdok, in particular, was sort of a surprise since I did not construct that character to start with. I was lazy and didn't want to futz with rules, so I told the GM (KnightErrantJR) to make me a "thug rogue" and I would flesh out the details. He handed me a half-Orc character with a DEX of 10 and STR of 20. I ran with it...

Anyway, tonight is the further adventures of Xia Ling-Zhen, and the rest of the crew of the salvage vessel Little Bear. Let's hope we don't end up dead. 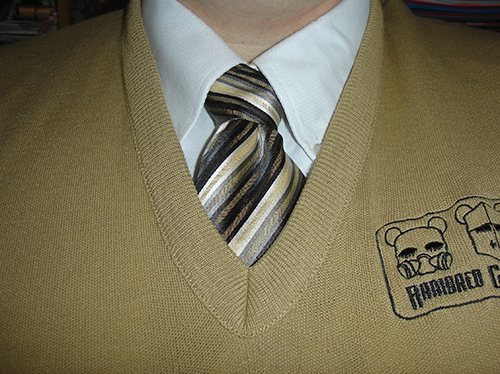 Another day, another Friday Night Magic... We're looking at tonight to be pretty good, all things considered. The new set is still has folks buzzing, plus we restocked our older sets a bit, so our after-FNM Buy Your Own Packs casual drafts will also get a shot in the arm.

Still trying to think of what to do for Loq's birthday, but I have some ideas, and I'm sure she does as well.

Beyond that, not much is going on except that Skribl is sick with bronchitis and I am catching something else since I am getting sick again and I beleieve I was the one who passed bronchitis onto Skribl. *Sigh* 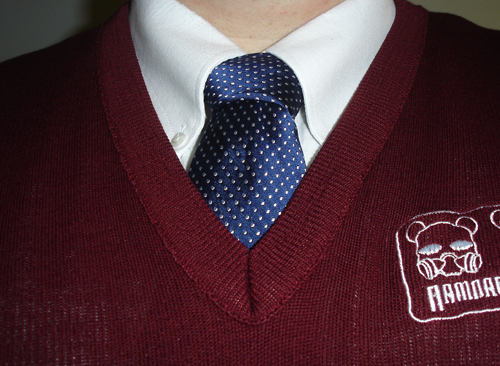 Well, another day of running uber-late. I cannot wait until I can let go of my trust issues enough to let HiSign and Big Bank fly solo.

Thinking about it, it'll be sooner rather than later. This Sunday is the lovely Loquacious one's birthday, so she'll rightfully get some of my best attention on that day. I'm looking forward to it, though it will be hard to tell my deeply-ingrained psyche "no... it's okay... we DON'T have to be at the store right now".

Beyond that, not much is going on. PC should be here later today to put in the new wireless router and make it secure. Our current router is old and oddly, whenever we secure the network with a password, it crashes the network, so we've been running it as open. Well, it seems that somebody BitTorrented something they shouldn't have on our network and we got a nasty letter from our ISP. Strangely enough, the incident happened during a time when it was least likely that one of our customers would do such a thing. So we're thinking it was either someone from the laundromat a couple doors down, or someone from the apartment complex next door. Either way, the network is getting locked down, and we haven't even decided if we're even going to let our customers use it anymore. We want to, but we also want to avoid upsetting our ISP as well.

In gaming, I am thinking about the upcoming Pathfinder game I have joined, and wondering what sort of character I want to do. Anymore, I tend to be a "gap-filler" for a party and take roles no one else seems to want. Typically, that means playing either a rogue (face or thug) or a cleric. Not sure which will be needed more. As I look through the base book and the Advanced Player's Guide, the Holy Vindicator prestige class seems interesting, but I'm not certain it will fit the party. Either way, I'm trying not to lock in my thinking and remain flexible to the needs of the group. We'll find out Tuesday night how that goes... 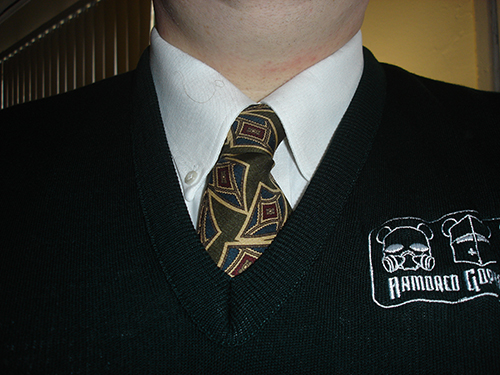 I wanted to get up early to get here and take care of some stuff. Nope! I woke up later than I wanted and have behind the 8-ball all day up until about an hour ago. I finally have caught up with what I need to do, but I have realized that my cell phone is at home... *sigh*

That said, last night's DC Adventures game was a hoot as always. Many thanks to KnightErrantJR and company for keeping this old rodent entertained. I truly enjoy this game and hope it run forever, but I know things like this eventually end. Once can dream, though... On a side note, I'd like to thank my son, Skribl, for coming in and working his shift even though he felt a touch under the weather. He knows how much I need my releases and he slogged through sickness to accommodte me. Thanks, son... I really appreciate it and you... 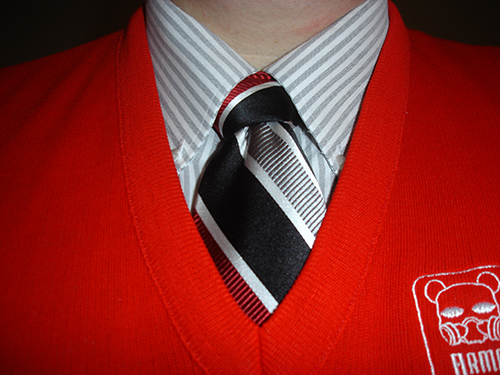 Okay... things are starting to settle in. We have HiSign up and going at a good clip to where he is comfortable with most of how we do things at the store. He is also full of suggestions, most of them good, that we try to listen to. We are always looking to improve here at the Gopher, and HiSign knows this and is running with that ball.

Now, with HiSign up and running, we've also added another Gopher to the ranks. Big Bank is a LONG-TIME store supporter who is now stepping up and in to help give me and Loquacious a break. When all is said and done, there will be one day a week where neither Loq nor myself is at the store. That will provide a LOT of stress relief in regard to my family life, which has suffered greatly over the last two years.

In gaming, that Pathfinder game I said I was joining..? Yeah, that's next week, because this week is DC Adventures. Yep, I screwed up and got my available dates wrong, so the Pathfinder guys laughed a bit, and then moved the game to accommodate me. Thanks, guys. 'Tis appreciated. Tonight, however, it's cynical telekinetic time! I am so looking forward to it...

Now, to reflect on my new status as an actual employer of people outside my family, I leave y'all with this... 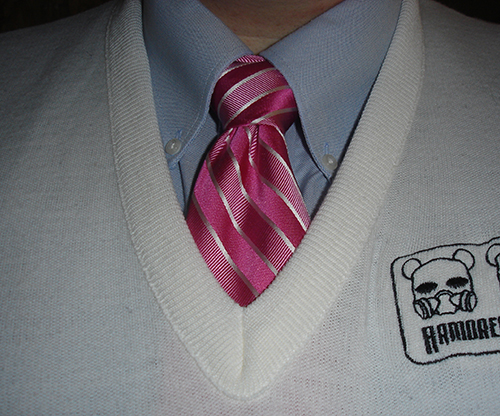 I have no idea what kind of day it'll be at the store, but it should be decent.

Barring his illness carrying over from yesterday, I should have HiSign on duty today, and that means I can get a couple of errands done. One needs to be done for the store, the other is one of a personal nature that I have been meaning to get accomplished for months.

Also... I need to start think about Loq's birthday and Valentine's Day gifts. Her birthday (her 22nd... really...) is this upcoming Sunday and I am wandering around in my usual place of "no clue land". Don't worry, though. I'll come up with something. I typically do... I mean... my continued survival depends on it, right?  =P 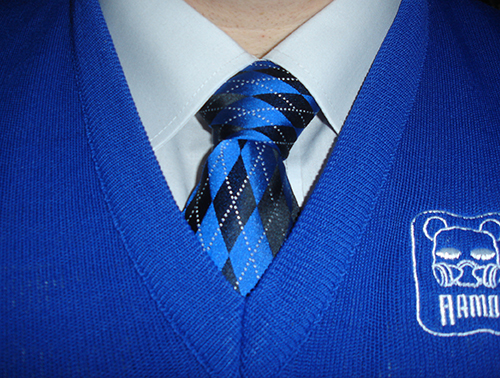 Things are beginning to settle down here at the store. The schedule still needs some tweaks, but folks are getting used to things with the new point-of-sale system, which is now my biggest hurdle in letting go. I will have to say, from a software standpoint, we have more power than we need currently, but that means we have room to grow.

I do have to let go... if for nothing else, to save my sanity. I love y'all to pieces, but I now know why a lot of game store owners suffer from burnout. I'm heading there myself, and I know it. I'm trying to do what I can to combat it, but some folks do *NOT* make that easy.

As far as weekend sales go, those went *WAY* beyond my hopes and predictions. That has reduced my stress a bit as I was afraid that I had heinously overspent. I probably did overspend, but our sales were good enough to bail us out. I need to watch that in the future, ESPECIALLY since we now have employees. Gotta be able to pay those guys... They're gonna help keep me sane...