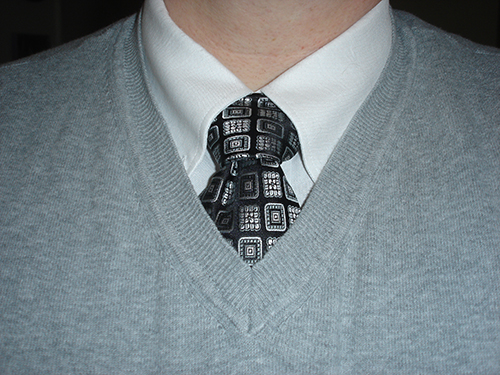 Okay... Today at the store was "meh" at best. Business was good, but I am in one of those bi-polar funks that I get into now and then. On top of that, the Terricide game that happened this past Saturday went less than stellar from my point of view. I've been spending the better part of the last three days trying to parse out how much of what went down was my fault, and how much was exacerbated by what I perceive to be poor handling of the situation by the GM.

From a story perspective, what happened to my character made absolute and total sense, but it was akin to having a "radiation accident" in a super-hero game. It will and has (in my mind) altered the character in an irrevocable way. Add to the fact that it was done at the beginning of the session after the GM had already (very) minorly kvetched about another player being late. In that intervening time that we were waiting for the late player (who did call and warn us of his impending tardiness), the GM could have taken me aside and explained what was going to happen so we could figure out some way to turn the negative that was about to happen to my character into a positive for the story and the session. Instead, I get blind-sided and am put into a position where it was very hard for me to completely lose my temper in front of friends and customers in my store. As it was, the negative vibes emanating from me during the entire session probably made folks around me highly uncomfortable.

The after-session was not much better. The GM drives in from out of town to run this game, and he typically stays at my house once it's all done so he doesn't have to drive back while fatigued. He's been a good friend for years (best man at my wedding, in fact), so his crashing at my place is not, and has never been, a big deal for me. More than once though, I tried to approach the situation only to either have the subject changed on me (usually to something I could care less about) or to end up arguing with him over the situation at hand.

Basically, he had a problem with my character (and my portrayal of said character), and apparently has had since the beginning. He says he told me about his early misgivings, but I really do not remember those conversations being had. He may very well be correct, but my memory isn't typically this faulty, especially in regard to game situations. So, to solve the problem he perceived, he handled it "in game" with no warning on his part.

My general vibe is that there have been a couple of situations that have happened in game that I have questioned him on, but that questioning came "out of game", and not in front of others. I gave him that respect because I felt he deserved it. I did not receive such in return...

...And I believe that's where the bulk of my anger with the situation comes from.

There will probably be more on this situation later, be it as the GM and I are supposed to have more discussion on it before the next session. It is going to be another eleven days before that happens. That will give me more time to think about the whole deal, or brood about it, probably both.

I will state right now that I am not entirely blameless for the situation. The character that I portray is more than a bit of an asshat who *REALLY* likes things to be his way. I can see how he can be perceived as being a "problem child". That being said, the character has managed to keep himself (and the rest of the party) alive by operating in that manner, which has been his number one goal the entire time.

However, I am not the only one who has a horse in the "blame race", nor am I the only one who did anything wrong in regard to the situation. My only hope is that my friend can see that and is willing to work things out in an effort to save our friendship. I would hate to lose a friend over something as ultimately meaningless as a game, but the whole thing has spilled over into a respect issue, and I am more than willing to cut ties over respect non-reciprocated.

P.S. -- Before anyone jumps to sides on this, realize that you are only getting my part of the story. I am more than a bit biased...
Posted by GopherDave at 21:41