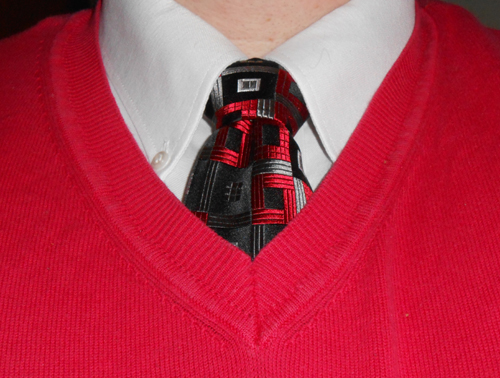 Remember when I said last post that no news equals no drama? Yeah? Well, feh... There's another life theory shot all to hell...

Basically, the last few weeks have been filled with all kinds of drama ranging from financial to family, and it looks like more might be on the way. In between it all, I *DID* manage to start a Champions campaign...

The drama, I will not delve deeply into as it involves more than me, and several parties have said they are uncomfortable with me just blurting things out to the net even though I typically change names to protect, well, everybody but me. I understand it, and am trying to comply with it. I will say that the drama did involve Skribl and I making a 1100-mile round trip in about 19 hours to solve one of the issues in question.

As for the Champions campaign, that is fair game to discuss.

Indianapolis (a.k.a., the Circle City)

A small pedestrian mall in the Broad Ripple area of town. One that has a coffee house, a comic-book shop, and a bank in it. It has other places as well, but we don't care about those.

Since this was the first run, I figured I'd just throw a basic fight at the group to sort of see what their combined abilities could do. The villains they faced were not very well coordinated, and pretty much operate as "lone gunman" and hired goons much of the time.

As it stood, the Goons tried to rob the bank while The Fro, Fahrenheit, and ACE were off getting coffee and AKA was working in his secret ID at the comic book store. Once alarms start going off, our intrepid heroes (and comic shop worker) go investigate. They find a group of normal, ski-mask wearing guys packing auto-fire "blasters" robbing the bank. As the fight begins, and normal goons begin going down, support arrives in the forms of Wraith, Groundpounder, and Slumber. Meanwhile, some near distance away, Torque spies Sledge going through the air in the direction of the fight (he's running late for his bit (stupid Unluck)). Soon, Sledge and Torque join the battle and it's on kind of like Donkey Kong.

I don't remember a ton of details, but I do remember that Slumber, Groundpounder, and Sledge got captured. All of the goons also got captured, but many more are heading to the hospital than to jail. There was a bit of interrogation with Slumber, who quickly ascertained that the hero group does not possess a detective among them. The heroes came to the conclusion that all of this (including the mix of villains) seemed somewhat random but didn't really understand why. Slumber theorized, and offered up this theory, that if one considered oneself a master villain and there was a new group of vigilantes in town than what better way to see what you are up against than to hire some random thugs to confront them.

That is where left it for the evening. Tonight, I will hopefully have time to plan Saturday's run. I have some ideas in mind and some missives to fire off to various players in the next day or so in order to set some things up.