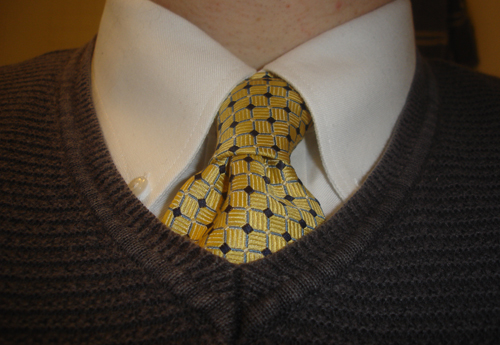 Still going... Still haven't repeated a necktie, and I won't until this Friday. Speaking of which, with all the running around of the convention and the pre-release, posting daily this weekend may be hindered. I'm still trying to figure out how that's going to go.

More than likely, I (and others) will take several pictures during the convention, and with that, y'all will catch a glimpse of my ugly face on more than one occasion. However, you will also catch pictures of me doing what I do best. Selling games, reconnecting with old friends, and reveling in an event that has been a large part of my life for many years.

For over two decades I have been attending Winter War. In that time, I have been an attendee, an event coordinator, judge for MANY events, and a vendor. All very different roles, all roles that I have thoroughly enjoyed.

It was through Winter War and its backing organization that I met my father-in-law. It was through said father-in-law that I met my wife. I've met many friends there, and enjoyed their company immensely. All-in-all, this event has been good to me and it has become a core part of my life. Winter War has also helped cement my son's love of gaming. He's met his own friends there and he looks forward to seeing them each year.

So as crazy as this weekend is looking to be, I'm looking forward to it. It's the sort of friendly chaos that brings out the best in me... ...and when I'm at my best, I'm a fun guy to be around... =)