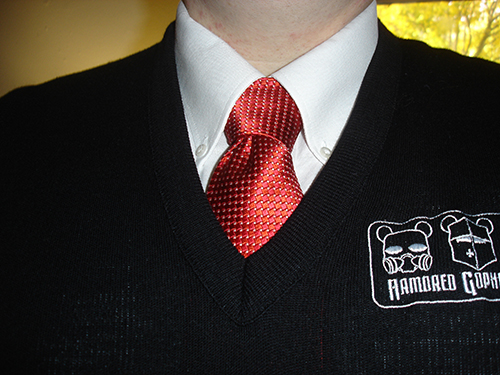 Today is an odd day. It's Friday, so it's Friday Night Magic and should be at least somewhat busy. Still worried about the girl as she is still feeling miserable. We're still waiting on results from the blood tests they've done. Could be today (hopefully)... could be Monday (suckage)... Preliminary symptoms indicate either mononucleosis or anemia. Neither are fun times for an adolescent girl, but they are conditions one can recover from.

As I stated yesterday, Loquacious and I looked at four possible "new" Gopher holes. Two were immediately eliminated, and the other two are under consideration, but haven't given me the "gut shot" that our current place did, or the spot that we were shown last year that was offered to us, and then reneged on by way of the current tenant, by our current landlord (who we would VERY much like to stay with). One of the new places we looked at though has a LOT of potential to be something VERY amazing, I'm just not certain it's right for us... still need to cogitate on that.