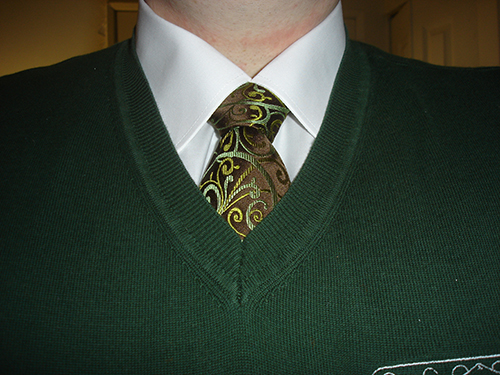 Okay, after all that consternation about clothing yesterday. I ended up being at the store less than three hours. Y'know... that felt REALLY good. I didn't take a full day off, but it was enough of one that I felt at least some of the stress I have been laboring under sort of just melt away. I got to be at home with no one but me and the dog for a bit. I did some laundry... listened to some music... read a little bit... and then I got to have dinner and hang out with my family. It was really good.

Tonight is the second run of Big J's Pathfinder game. The first session was... interesting. We have five players, but at least one of them doesn't seem all that attentive to what is happening. I'm worried a bit about group chemistry at this point, but it is early in the overall scheme of things, so it may settle down. Big J does seem like he's a pretty good GM, he's just stuck with some squirrely players. =P