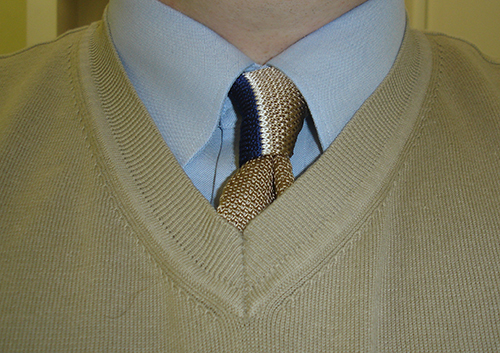 Spent the bulk of the day letting HiSign open the store while I hung out with Loq and Pumpkin. We did nothing but watch TV, but it was nice to hang out with them.

The Terracide game last night was... different. Between sessions another player and the GM got into a snit, and it ended with Shady kicking this player out of the game. I'm not going to get into the situation, as I said earlier, but it DEFINITELY changed the chemistry of the table. From a plot standpoint, more got done last night than in the last few runs, but I did not feel as engaged. Without the other player involved, I got the feeling that the game is going to change from a character-driven game to a setting-driven game, and that doesn't always fit my playstyle.

I *LIKE* characters... I thoroughly enjoy creating new and interesting people to be, even if they are mostly me with a side of something else. My last few memorable characters have been mostly my cagey, paranoid, pessimistic self, with a side of whatever I can heap onto them to make/keep them interesting.

Case in point, my character in Terracide (Xià Lìng-Zhèn) is an Asian street rat with a college education (criminal psychologist), who ended up being a junk-hauling spacer in an "any ship in a storm" situation to stay a few steps ahead of his past. Ling is also an abrasive, racist bastard... and in an interesting development, he's also now the captain of the ship. I'm not entirely sure how this happened, but I have a few ideas.

Most of what I have been heaping on each character lately has been cultural. Be it simply being Asian, or being from a xenophobic, resource-poor nation with a caste-based warrior culture where women are effectively slaves and property, and mercenaries are the major export, most of my more recent characters have played off something that shaped their way of thinking from an early age.

There are exceptions, though... Ask me to tell you about Willy Rob sometime. It's an interesting story, and more than a bit disturbing...  =)