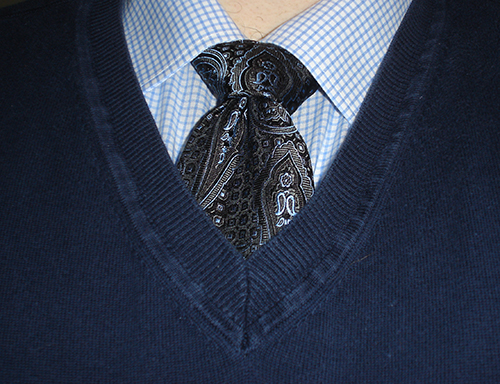 I learned a lesson this morning... Nothing triggers a grumpy feeling faster than a missionary knocking on your door at 9:45AM when you are trying to get ready for work. Don't get me wrong. I'm a Christian. I love God. I *HATE* church, and I dislike anyone trying to sell church (or anything else for that matter) to me, regardless of the time of day. My basic take on solicitation and solicitors is this.. If I have not dealt with you in the past, please don't come asking me for my money/time now. It just interrupts my day.

I have found that owning a business, even one with a "No Solicitation" sign posted next to the door, just sort of attracts all sorts of folks who think that sign does not apply to them. People have walked into the store trying to sell me everything from perfume and cookies to long-distance service and direct advertising. There are times when I listen to their pitch, but for the most part, it falls under the heading of... "Did I call you? No. Have we ever done business before? No. Do you represent someone that I have done business with before? No. Then what the hell are you doing here?"

The best incident was a direct marketer for a local tire place who had two different representatives come into the store on the same day. Yes, these were college kids trying to make some money, but I'm not certain I care. I didn't appreciate it the first time they showed up, and it really upset me when another person selling the same thing walk through the door 40 minutes later. Why would anyone try to sell tires door-to-door?

Phone solicitors are sometimes just as bad. We once had ADT call us three times within a four-hour period to sell us alarm service. The first time, I politely asked them not to call us again. The second time I was less polite. The third time, I asked for a supervisor, and them promptly chewed them out for 15 minutes. They haven't called back since.

We've also had similar experiences with AT&T after we had dropped their service due to incompetence shown when we moved the store back in 2009 (Loquacious has 30+ pages documentation on that debacle). Representatives for AT&T kept calling trying to get us to switch back, even going to the point of offering us $600 in credit to do so. We kept refusing, and told them to stop calling. They didn't listen. Eventually, I had had enough and the poor girl on the other end of the next AT&T call really didn't know what had hit her when I began a profanity-laced tirade, demanded to speak to her supervisor, and told them in no uncertain terms that even if they gave us seven figures in cash, we wanted nothing more to do with them.

If I want something, I know what I need to do to make it happen. Folks that I call almost always get our business. Those that call us out of the blue, rarely do...